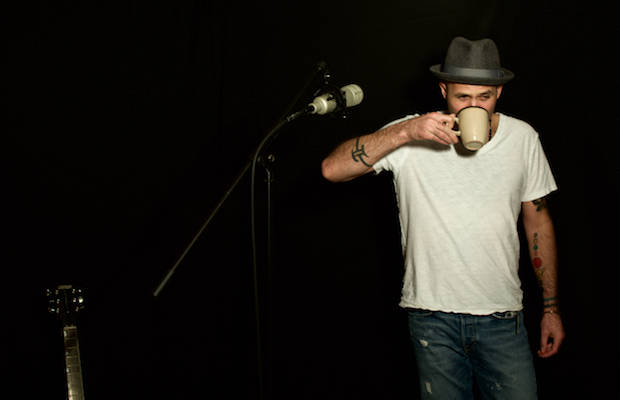 Most often when an artist announces a “double album release,” you think of a bloated LP with twice as many tricks. For eclectic, impressionistic local alternative rocker Tony Raney, however, it’s a much more ambitious undertaking: the simultaneous release of two distinctly different records, Soft & Dirty and Zoonosis, each with their own distinct sonic and thematic identity. Available to stream now, Raney will celebrate his latest work with a show this Saturday, Sept. 29 at The Bowery Vault. In anticipation, we’re excited to premiere not one, but two music videos- one from each record- ahead of the show: “Sharq” from Soft & Dirty and “Starmap” from Zoonosis.

“Soft & Dirty and Zoonosis revel in reaching for the light of the past while staring with hard eyes into a bleak future,” Raney tells us, “Zoonosis gives voice to a character falling, pinned down, and trapped without hope, yet clawing frantically for escape.  It is an album that, like its protagonist, wants to go in a thousand different directions at once.  Paired with its release is the stark video for the track ‘Starmap.’ Soft & Dirty is an eclectic production of experiment on one hand and an impressionistic lyrical meditation on vulnerability and betrayal on the other. Soft & Dirty is acknowledged by those who love it as an unpredictable classic on the order of the White Album, 69 Love Songs, and Trout Mask Replica. The companion video for “Sharq” places the viewer in a performance of love and loss.”

Unique, captivating, and genre-bending, Zachary Gresham of The Mute Group did all of the recording, mixing, video work, and editing of the albums and videos, which position Tony Raney as a local singer-songwriter to watch. Stream his new LPs here, see him live tomorrow, and watch videos for “Sharq” and “Starmap” below!