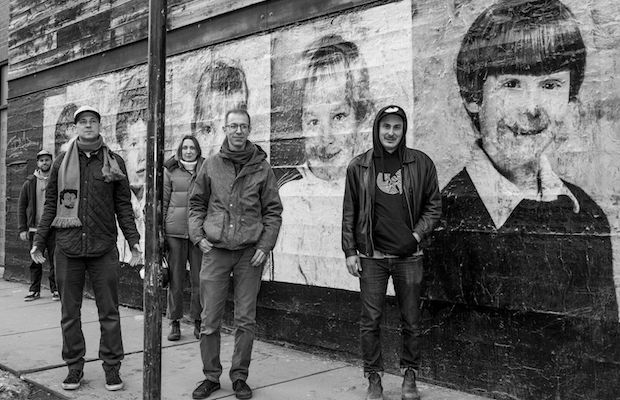 No family is, perhaps, more influential or inextricably linked to Chicago’s indie scene as the Kinsellas. Beginning in the late ’80s with seminal emo outfit Cap’n Jazz, brothers Tim and Mike (and sometimes their cousin Nate) went on to innovate and reinvent with so many now-classic subsequent projects, the former with Friend/Enemy, Everyoned, Make Believe, and more, and the latter with American Football, Owen, and Their / They’re / There, among others (not to mention legendary bands formed by other bandmates, like The Promise Ring). Many of these bands have come in and out of existence over the years, especially more recently, as emo and indie punk nostalgia has hit an all-time high, and throughout them all, the brothers have continued to frequently collaborate, forming Owls in the early ’00s, and, immediately after Cap’n Jazz’s first split in ’95, seminal indie act Joan of Arc.

While Mike served as drummer and occasional guitarist for the band’s first decade, Joan of Arc has largely been a fronting vehicle for Tim, and, aside from occasional breaks to shift focus on other projects, has consistently stayed active for now more than two decades and a staggering 23 albums. Building on Cap’n Jazz’s more emo base (though always managing to subvert it), Joan of Arc adopt a more experimental indie sound, frequently employing electronics, samples, and off-kilter lyricism, and often ditching their perceived style from record to record to try something completely new.

Following last year’s artsy, masterful, urgent He’s Got the Whole This Land Is Your Land in His Hands, Joan of Arc, with a newly tweaked lineup, took a radical departure with this year’s 1984, with Kinsella stepping aside as lead vocalist to allow bandmate Melina Ausikaitis to take on the bulk of vocal duties. The result is the band’s most gorgeous, deconstructed, concise, and intimate efforts in ages, and as they return to Nashville tonight, Aug. 3 for the first time in years to play The High Watt, they’re every bit the legendary, important fixture of Chicago indie they’ve always been (watch this Noisey doc for even more on their history).

Opening things up, Georgia’s Curt Castle is only just beginning a new journey as a solo artist, prepping a debut LP to be released this fall, written on a cross-country trip of soul searching, after the dissolution of two bands and a relationship left him reflecting on his artistic and personal identity. With his poppy, earnest sound, he’ll serve as a great primer for this show, so grab tickets while they last, and get there early!