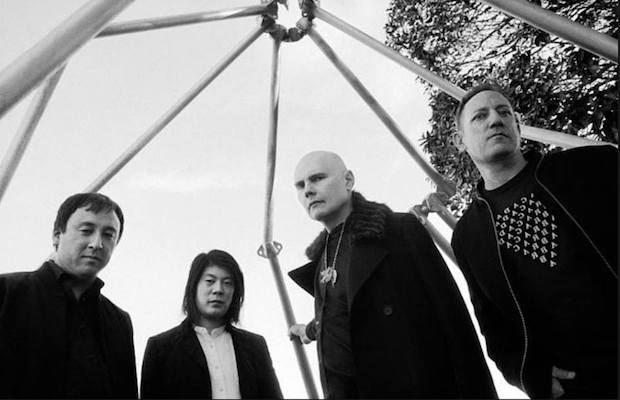 Since first reuniting more than a decade ago, albeit with a very different lineup, iconic ’90s alt rock act The Smashing Pumpkins have made their way to Music City a handful of times. However, tonight, July 20, when they headline Bridgestone Arena, it’ll be the first tour 3/4 of the original lineup, Billy Corgan, James Iha, and Jimmy Chamberlin, have shared the stage together since their initial split back in 2000 (notably, original bassist D’arcy Wretzky is absent this run, and has been publicly feuding with Corgan since the announcement of their reunion earlier this year).

While the band’s output since their 2007 comeback effort Zeitgeist has been nothing short of prolific, they still remain best known and most beloved for their early work, particularly their first three efforts and certifiable modern classics Gish, Siamese Dream, and Mellon Collie and the Infinite Sadness, as well as later releases Adore, Machina, and Machina II. Good news for O.G. fans and casual listeners alike: as expected, this classic lineup reunion pulls almost entirely from the group’s original catalogue, with a sprawling setlist of both hits and deeper cuts.

While we’d prefer to catch them in a more intimate space, to see this incarnation of the Pumpkins is certainly an arena-worthy occasion, and with Canadian indie and new wave icons Metric tapped to support, ahead of their forthcoming new album, we’re doubly excited and eager to arrive early. A variety of tickets are still available here, and while, sure, this feels a bit like a nostalgia play, it’s nostalgia for a group we’ve long missed in their original form, finally paying fan-service after years of pushing in newer, weirder, and more abstract directions. If you grew up listening to the Pumpkins, this show is designed for you, and, though they did recently record some new tunes with Rick Rubin (check out “Solara” below), it’s unclear how long this run might last- catch ’em while you can!

The Smashing Pumpkins and Metric will perform tonight, July 20 at Bridgestone Arena. The show is all ages, begins at 7 p.m., and tickets are available to purchase for $32.85-129.50.