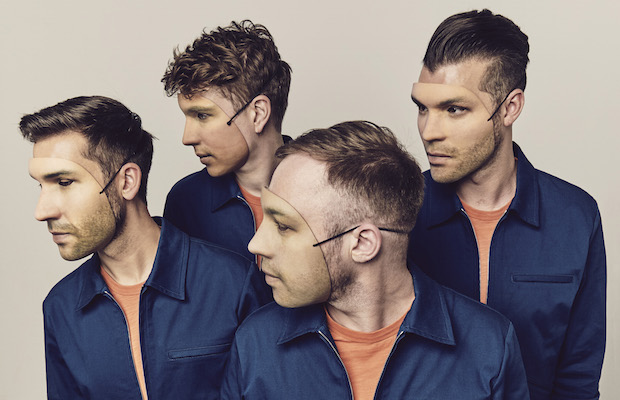 Manchester, England’s Everything Everything hail from the same off-kilter, pop-soaked, artsy indie rock cloth as peers and fellow UK acts alt-J, Django Django, and Glass Animals. Formed in 2007, the former schoolmates and longtime collaborators sought to craft something with r&b and future-thinking influence, rich with social commentary and an intention to widen in scope and style over time. After enthusiastic buzz from critics and fans for their early singles, the band nabbed a major label record deal and released their debut, Man Alive, in 2010, to mostly widespread acclaim.

They’ve remained prolific ever since, with three more full-lengths, a handful of EPs, and worldwide touring to their name, best known in their native Europe, but steadily becoming a more global fixture like some of their aforementioned peers. Firmly rooted in the rock sphere, the band have honed a mathy, synth-drenched, nostalgic aesthetic, with fresh and ambitious songs anchored by social and political discourse, especially on more recent records Get to Heaven and last year’s A Fever Dream. Equally as compelling live, the band’s long overdue outing at Bonnaroo is a compelling reason to get your Friday afternoon going early.