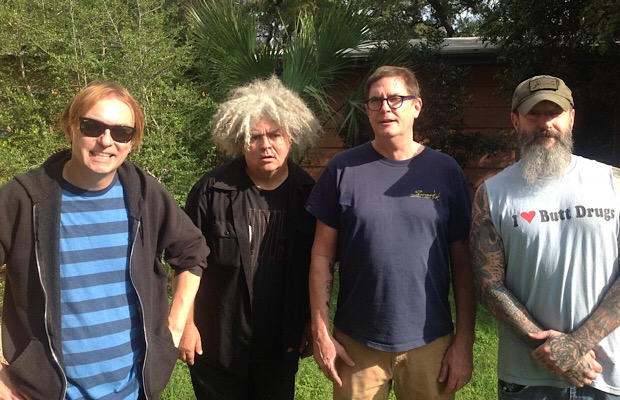 After a few unique turns in recent years which saw both the resurgence of their classic “Melvins 1983” lineup and a stripped-down “Melvins Lite,” iconic Pacific Northwest experimental, grunge, alternative, and metal outfit the Melvins have, for the most part, settled into a modern incarnation (helmed by frontman Buzz Osborne and drummer Dale Crover, who briefly played bass at the group’s start in 1983) over the past few years, churning out a prolific series of varied and inspired new releases, and staying active with pretty constant touring.

While they’ve made it to Nashville several times in recent memory, including last fall, the fact that they’re far from a legacy act- something few groups 35 years in can claim- means there’s always something fresh and new to take in, plus their rich and incredibly varied back catalogue means you never quite know what to expect on any given night at a Melvins show. The legendary band, who helped directly inspire the grunge explosions of the early ’90s, return tonight, May 22, once again to play 3rd & Lindsley, and this time around they’ve tapped LA heavy, post-rockers All Souls to support, who, while new, clearly pull influence from the ’80s rock scene the Melvins helped pioneer.

A loud, weird, eclectic, and iconic group, the Melvins’ most recent effort, Pinkus Abortion Technician, arrived just last month. While it absolutely deserves a spin, you don’t have to worry about the set being dominated by all new stuff- the band do a great job mixing fresh songs and classic tunes, while incorporating some fan-service deep cuts and their signature inspired covers. A Melvins show is like no other, and whether hardcore fan or causal newcomers, we encourage you to grab tickets while they last!