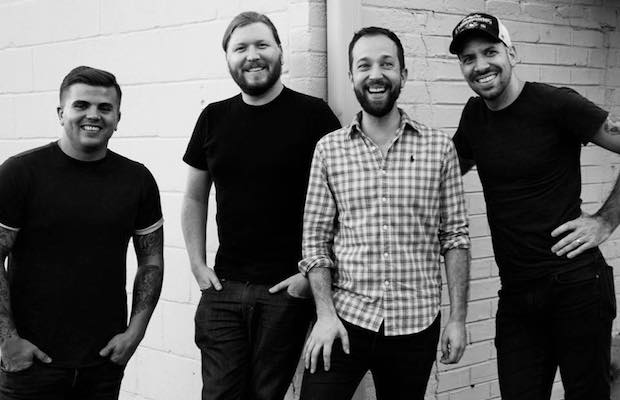 Celebrating 20 years since first forming in their native Pennsylvania, pop punks Punchline arrived on the scene just as the genre began to claim mainstream dominance, inking a deal with Fueled By Ramen (the label that also propelled Fall Out Boy and Paramore to prominence) ahead of their breakout 2004 LP Action. Though unabashedly poppy, the group always remained more earnest, song-focused, and less gimmicky than some of their peers in the scene, and as a result, their music has managed to age particularly well (even if it didn’t propel them to the commercial heights of some of their labelmates at the time).

While only half the group (still anchored by frontman Steve Soboslai) are original, Punchline have kept at it all these years, even as pop punk has faded from the mainstream spotlight, and, like many groups of their era, have seen a resurgence in recent attention, fueled by nostalgia and a critical reexamining of the ’00s punk scene. Hardly a legacy act though, they’ve continued to churn out great new music, finding a more mature and adventurous take on their pop punk template, most recently with brand new, inspired effort LION.

Tonight, April 13 Punchline are set to play their first Nashville show in what appears to be quite a number of years (we can’t even track down a date for their last appearance), joined by long-running New Jersey alt rock/pop punk faves The Stolen, local transplant Jack O’Shea, who’s recently launched a solo jazz, indie, and experimental project on the side from his main gig in Bayside, and New York bred, Nashville based folk punk singer-songwriter Brian Milligram.

Fans of ’00s pop punk should have this at the top of their weekend plans, and we’d suggest grabbing tickets in advance, since The End, intimate and awesome for a show like this though it may be, is awfully cozy. Don’t miss out!