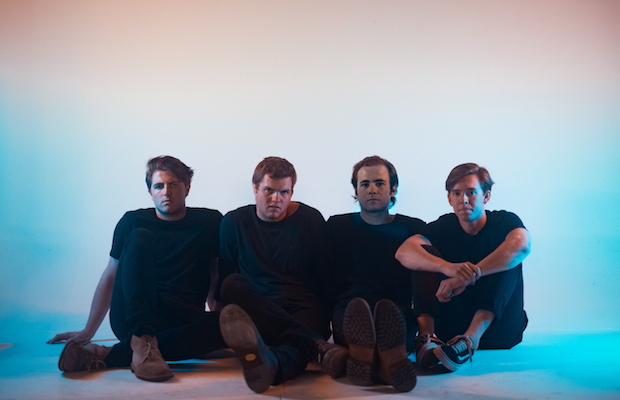 There’s a rootsy strain running through many alt rock bands at the moment. From Elliot Root to Judah & The Lion, Nashville seems to be a launching pad for artists who have a penchant for crafting signature sounds by blending elements of folk, rock, and Americana. Four piece Nashville outfit Wilder are poised to ride that wave with big guitar melodies, rugged vocals, and youthful energy. Formed when Charlie Greene, Ben Booth, Taylor Dubray, and Chase Wofford met at Belmont, the band are a buzzworthy act on the rise, and we’re excited to premiere their latest video for single “California.” Shot in a van during a drive through California while supporting Kaleo, Wilder put us in the center of a close quarters performance featuring some gnarly air drumming, cushion guitars, and other antics.

In 2017, Wilder began to see early success with single “Same Way.” The band worked with producer Jaquire King (Kings of Leon, Tom Waits, Kaleo, James Bay) to release followup track “California.” Despite being a relatively young band, Wilder have already toured the country supporting Kaleo, Judah & the Lion and NEEDTOBREATHE in addition to landing gigs at festivals like the sold out Moon River.

Wilder are set for a busy 2018 with new music and shows on the horizon. Watch the video for “California” below.

[NO COUNTRY PREMIERE] Check Out Luke Boor’s Music Video For “Darker Side”!