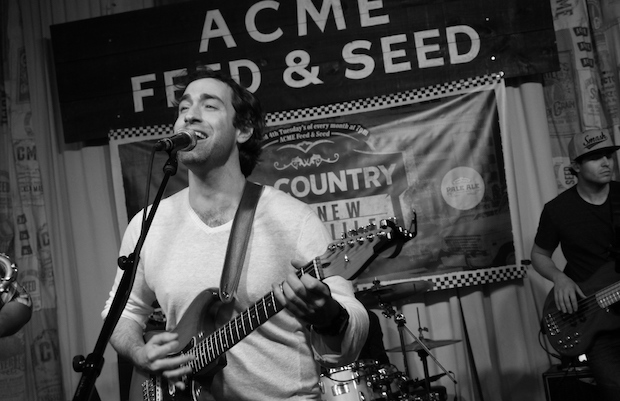 We rolled into the busy month of October with our Acme Feed & Seed showcase running ahead full steam. At our last installment, we welcomed an all-local bill, topped by spectacular alt indie rockers Bondurant, jam flavored performer James Hatem, and, to kick things off, soulful songstress Katie Hargrove. As always, we gave you all this awesome for free, and if you click on you can get a full rundown of the show, plus a few shots of the action. We’ll be back soon with details of our next No Country Presents showcase!

Football season was in full swing, and the leaves were just starting to hint at color change. The horror movie marathons had begun, and Friday the 13th was just around corner. Ah yes, October and Halloween, my favorite month and holiday second only to December and Christmas. Regardless, I enjoy a good season change, and Nashville was starting to feel like it was time to possibly take out the warmer cloths. Of course, as soon as one does such a thing, the temperature will shoot back up to 79. 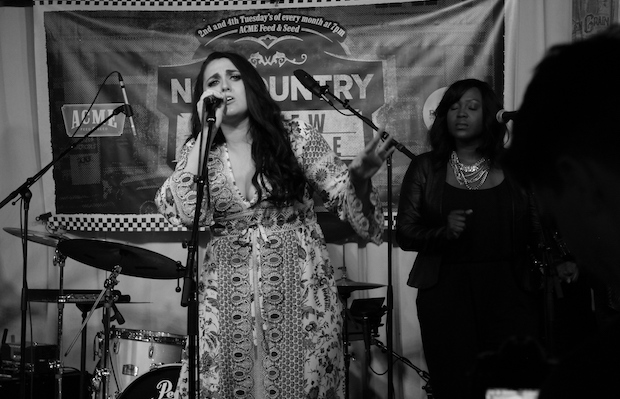 These things I pondered over a beer as I waited for the first performer and her band to get situated. Hailing  originally from just up the road in Knoxville, TN, Katie Hargrove had presence well beyond her years on stage from the moment she stepped up to the mic. I’d done a little homework on the lineup beforehand, so I knew she’d gotten her start in music very early, when she began performing at the age of ten. Hargrove can play piano and guitar, but for her performance that night she played the most beautiful instrument of all, her voice. Mellow and smooth, never straining once, there was just a hint of smoke on her delivery that faded in and out of her voice at will. Throughout her wonderfully crafted set, she touched on soul, r&B, rock and even jazz. She wasn’t afraid to get funky with it either, letting her guitar player get some tasty psychedelic riffs in on on her third number. The large dinner crowd seemed to be getting into it more, and more as her set went on, and by the end she’d made us all at the very least, casual admirers, and she was sure to have converted some into genuine, diehard fans as well. I for one will definitely be looking out for more from the (relative) newcomer in the near future. 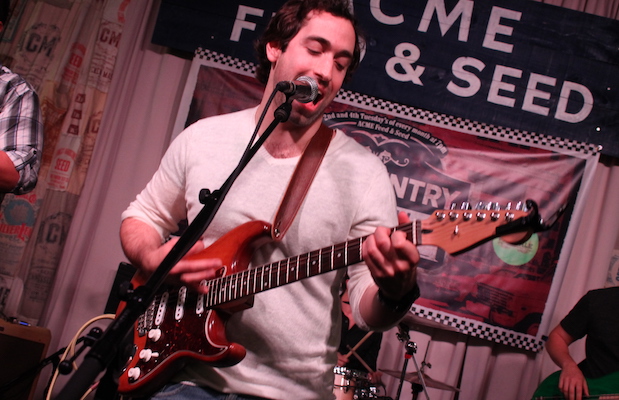 Next up, and back for a second appearance at our No Country Presents showcase, was the very talented James Hatem. A native of New Jersey, James certainly has a little bit of that Bruce Springsteen, Jersey vibe to his upbeat rock performances. Chatting with him a bit before his set, he also told me that a new record is on the horizon for 2018, and he didn’t hesitate to let us hear some of the fresh goods he’d been working on. Dancing that wonderful tightrope between Americana and pure rock ‘n’ roll, Mr. Hatem and his backing band showed even more polish since last we’d hosted them. I also noticed, as is the Nashville way, that he’d plugged in some new pieces, since a few members of the band who’d performed last time were now out on tour with other projects. Always great with the friendly banter as well, he introduced the crowd to some newlyweds in the audience who’d made a song request. Although he wasn’t taking requests, he did dedicated his first ever live performance of the new song “Giving Tree” to the couple, much to their delight. Jamming it out for extended periods of time on a few tracks towards the end, and dripping in sweat, it was obvious he had more gas in the tank than his hour set would allow. I look forward to seeing him get bigger and longer time slots in the future. 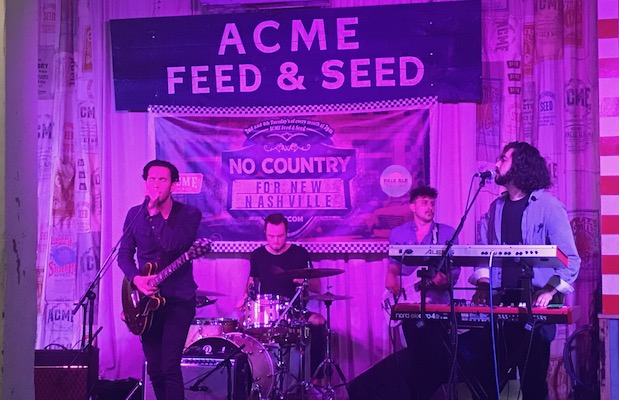 Last but not least was the quite impressive four man outfit Bondurant. Frontman Rob Bondurat mentioned he was battling bronchitis, but, honestly, judging by his and the band’s kickass performance, you would never know! With bright purples lights bathing them in an eerie light nearly the whole show, the sometimes ambient noise, alt-indie rockers were one of the more unique acts we’d had in a while. There sound was part approachable Radiohead (see The Bends), part Kings of Leon (but with darker lyrics). They are the type of band that sounds familiar immediately. Rock music that is pleasing to the ear, and easily glued into ones brain. I dug all their originals. They had a bitting wit that I can appreciate, and when they broke out a cover of Prince’s “I Would Die 4 U,” showing off their more pop side, I was a bit floored. Damn near pitch perfect, sickness and all! They closed it out heavy, showing their was almost nothing they couldn’t do within the world of rock, and made me a full on fanboy in the process. I cannot wait to see them again, hopefully at full power. Stay tuned to No Country for more info on our next Acme showcase, and be sure to check some more photos below. 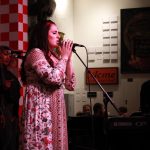 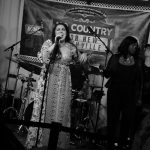 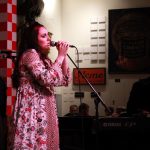 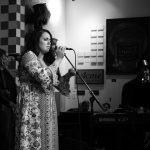 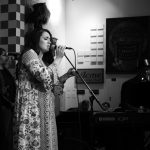 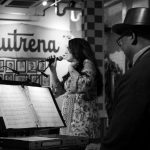 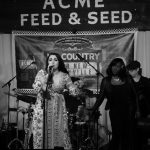 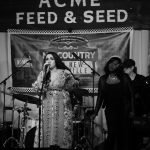 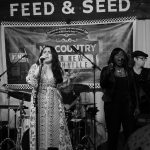 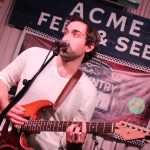 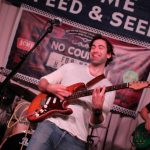 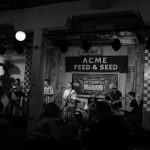 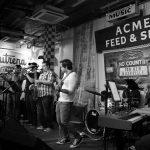 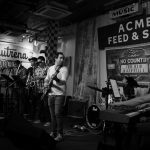 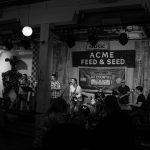 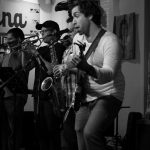 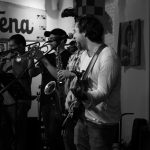 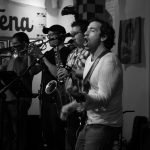 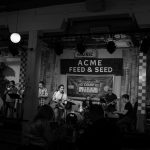