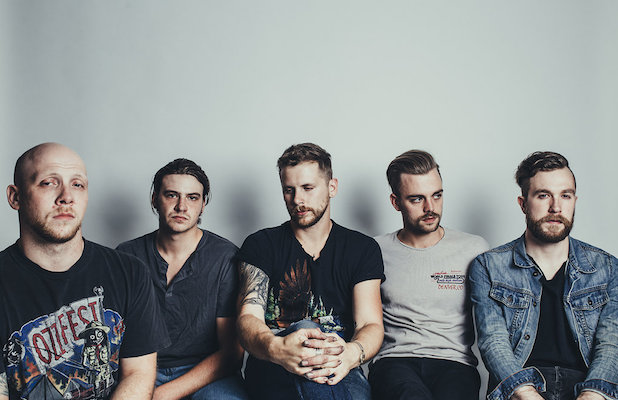 A band that have been steadily generating buzz around town, backed by a killer live show, Sweettalker have also been priming their engines to release a brand new single, “Black Magic,” and an accompanying Halloween friendly music video. We’ve been fans of their alt rock, Americana laced sounds since we first heard them just over a year ago, so we were thrilled that they wanted us to premiere the new spot, after watching an impressive first cut. Sweettalker guitarist Ryan Pattengale, who wrote and produced the song with bandmate David Brown, was also kind enough to tell us a little bit about the track.

“We wanted to put something out that we could let loose on–a real jammer,” he explains. “[The song] is about that thing that drives you crazy, and keeps you up at night. Good or evil, it’s got you and you know it.”

The video features a younger sibling trying to determine if his older brother’s girlfriend is actually a witch. It starts off innocuous enough, with the boy being suspicious of her, googling info on witchcraft. It then builds by alternating between images of her doing witch like things and spending time with his brother, blurring the line between imagination and reality. Take a look and listen for yourself after the jump, and decide if it is some sort of dream or the real thing!

To celebrate the new release, Sweettalker will also be headlining a very special, all local gig tonight, Oct. 26 at Turn One with another blog favorite, indie rock outfit Behold the Brave, and garage rock trio People Zoo. Music at the 21+ affair will start at 9 p.m., and Halloween costumes are being encouraged. Best part of all? It’s 100% FREE, so after you’ve sampled the goods here, you can have a taste live and in person to satisfy your rock and roll sweet tooth.