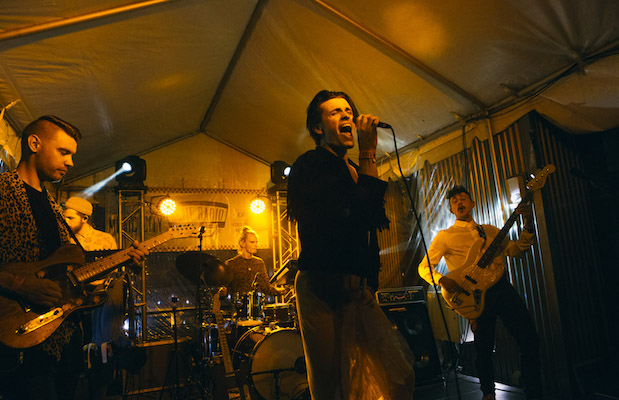 Despite a slight rain delay, our new monthly Horizon Rooftop Concert Series in partnership with our friends at Acme Feed & Seed and Acme Radio Live kicked off on a super high note. We welcomed eclectic alt pop performer Manrelic and his stellar backing band,  plus dance party starting duo CAPYAC, and synth popster Harry Paradise. As always, we gave you all this awesome for free, and the rooftop party continues Sept. 26 with Jeffrey James, CAPPA, and Super Duper. Read on for a full recap of the August throw-down below, and check out some great shots from contributing photographer Amber J. Davis.

Half jogging, half trotting down 1st Ave to beat out the rapidly darkening skies, I made it into Acme, and ordered a beer before the heavens opened up. Torrential rain came down, and pushed the start time of our rooftop engagement back about 45 minutes. No matter, I order a hot chicken sandwich and had a few more lagers, chatting with my favorite bartender, while waiting for the music to get up and running. 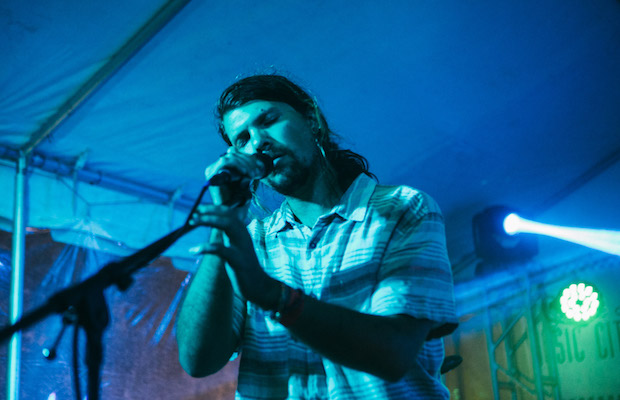 After finishing my food, I made my way to the roof where things were just starting to come together. First up was a familiar face, Brett Hamman, formerly of Sol Cat, who moved to Austin, and completely changed his sound. Now performing under the moniker Harry Paradise, he uses loop machines and heavy synth to create an eclectically eerie, layered, and chill ambience, which he sings over at times to awesome effect. I recognized one track from my research, an especially creeped out song with ’80s flavored John Carpenter vibes. As more and more people began to get off the elevator, Paradise was able to draw them in, and set the tone for an evening of fun. He was the perfect way to get things going, and it’s also always really cool to see musicians you recognize reinvent themselves in fun, effective, new and creative ways. 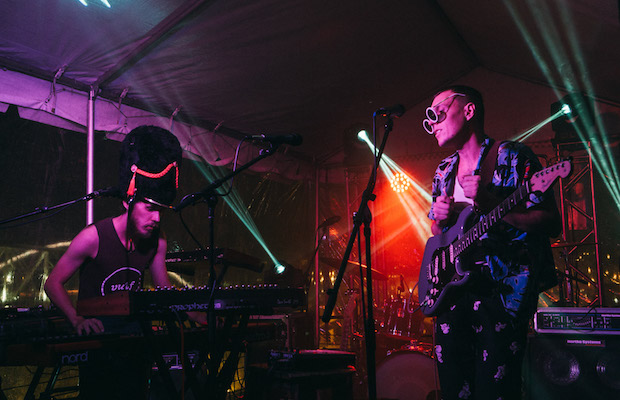 When the next performers positioned themselves to start, I wasn’t sure what to think. I’d given CAPYAC’s recorded music and good listen, and enjoyed it throughly, but I assumed they were just a duo of DJs. In person, I learned very quickly that they build tracks live, with electric guitar, keyboards, drum machines, loopers and switch boards. It was a sight to see, each track starting with a sample or drum beat, layered with keys, synth, guitar riffs, or chord progressions; truly mesmerizing. As the songs each rose to their inevitable crescendo, the crowd’s energy rouse, and many began to dance to the intoxicating rhythms. Funky dance grooves emanated from the stage, as the man behind the boards bobbed his head, adorned with a massive drum major hat. The guitarist was using insane levels of effects on his instrument, and occasionally lended some vocals to the mix. Overall I have to say they blew me away! The perfect type of band for rooftop party, or a late night club stage performance at Bonnaroo. 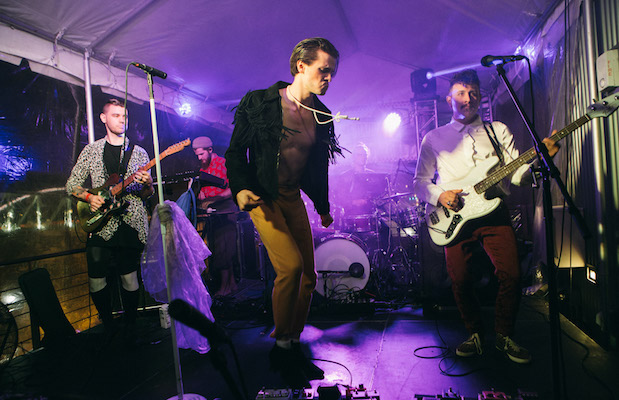 With the party officially running at full speed, and approaching maximum awesome, despite the foul weather earlier, it was time for Manrelic to do his thing. Pure charisma from beginning to end, the alt pop singer was channeling the Godfather of funk, James Brown, to start. With a powerful voice and some saucy dance moves, he got everyone’s attention immediately. His backing band were no slouches either, propelling their frontman and his performance forward. They also weren’t afraid to slow it down a little, and reach the audience on a deeper, slightly more personal level. After that, Manrelic took out his guitar, and proved he could do some of the heavy lifting himself, shredding out some tasty, Prince inspired licks himself. The consummate performer, he closed out strong, and helped elevate our first rooftop affair to the next level. Check out some great photos below, and we hope to see you back on the roof Sept. 26th! 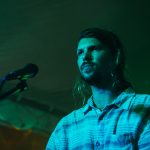 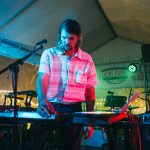 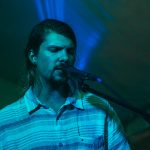 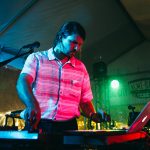 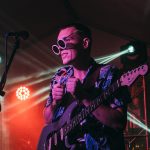 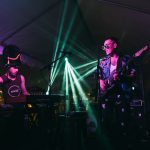 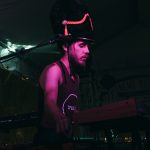 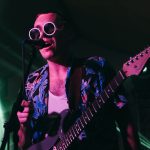 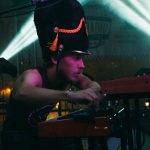 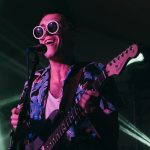 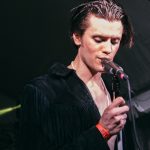 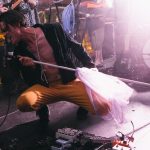 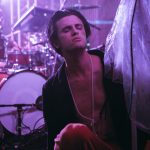 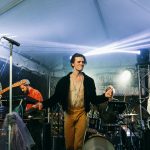 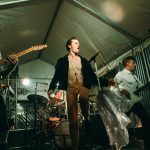 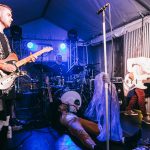