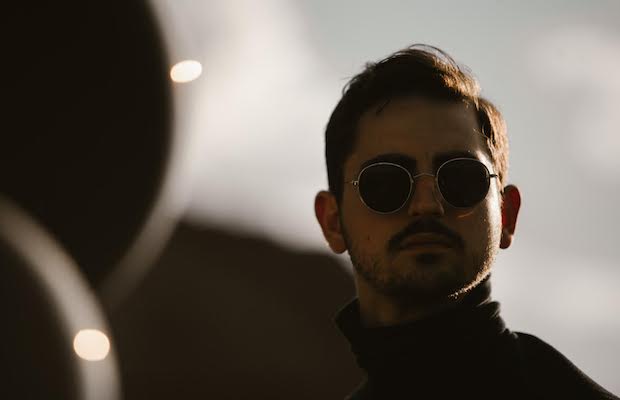 It’s been just over two years since local indie artist Trenton captured our attention with his magnificent, genre-bending EP Ghost Runner, which navigated the waters of pop, indie rock, and alternative, all the while honing a sort of layered, atmospheric, and anthemic pop sound which has come to even more sharply define the handful of songs he’s released since.

The live moniker of Florida transplant and veteran of our Acme showcase series Ryan Courtney, Trenton reemerged last month with “In the Summer Light,” his first new music of 2017, along with news of a highly-anticipated new EP, Promised Land, due out Oct. 13. Today, we’re pleased to bring you an exclusive premiere of another new track from that forthcoming release, “One in a Million,” which officially drops everywhere tomorrow.

The only song from Promised Land which Trenton wrote collaboratively, “One in a Million” was written with Kyle Monroe, formerly of Golden Youth. “[Kyle] had bits and pieces of a song, I came in, we restructured it a bit, added some more instrumentation, I wrote the lyrics and added my own melodic vibe…  it turned out unlike anything I’ve ever written,” Trenton tells us.

On inspiration behind the the vibey, stylish jam, the first Courtney has ever sung entirely in falsetto, and the perfect timing of its release, Ryan explains “this is a love song. For whatever reason I haven’t written many love songs throughout my life, but I like that this didn’t turn out slow or sappy. It’s a little more on the light hearted side…. It also seems appropriate that this song is being released this week because I also got engaged to the person that the song is about on Monday, the day of the eclipse.”

Hear “One in a Million” below!