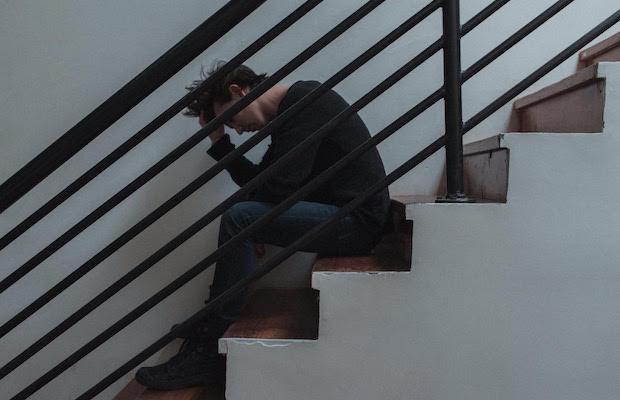 Earlier this year, we brought you “Anyway,” the self-reflective first single from YØUTH‘s forthcoming debut full-length, and first taste of new music from the buzzy local singer since 2015. Today, as the record’s Oct. 20 release fast approaches, we’re thrilled to bring you a premiere of the title track, “Blame.’

It’s been two years since local artist Julian Dente released his triumphant debut EP, Start Again, as YØUTH. A project Dente describes as making “music that reminds you of high school. In a good way,” YØUTH builds his jangly, emotionally resonate, and deeply personal style of indie rock on a base of influences that definitely channels the emo and pop punk-leaning stalwarts of last decade, while just as effortlessly incorporating layered, contemporary alt rock and pop sensibilities. Able to balance earnest feelings of teenage nostalgia with darker, more adult themes, YØUTH is a standout artist of the local scene, and one you should check out immediately if he’s somehow slid under your radar.

With “Blame,” Dente navigates the need to take responsibility for one’s own decisions and actions, while also learning to unburden yourself from needless shame and guilt as a byproduct of circumstance. With dense harmonies and driving riffs, the song uses dynamics to underscore the thematic build of navigating its lyrical focus, and by the end, smacks hard with an urgency and sense of emotional catharsis.

Here’s what Julian tells us about the track:

“Blame is a song I wrote about someone(s) who I perceive as a constant victim of their circumstance/decisions. It’s also about my journey from shame/guilt to reality; responsibility for what is mine while also disassociating from burdens that aren’t mine to carry. It’s the title track of the upcoming record and I think it captures the mood of digging oneself out of a self-defeating mindset.”

Check out “Blame” below, look out for the LP Blame on Oct. 20, and keep your eyes peeled for local show announcements!