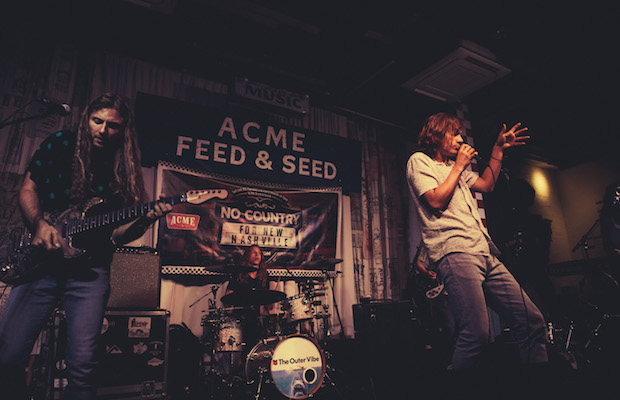 Our long-running, free, bi-monthly Acme Feed & Seed showcase series was rocking extra hard on June 27, thanks to the eclectic collective of Michigan transplants The Outer Vibe, and in the middle spot was the extremely talent local singer songwriter Kelly Ruth, plus we kicked the night off with a live DJ set care of Acme Radio. Read on for a full recap of all the action, and check out some great shots from contributing photographer Nolan Knight.

With the term dog days of summer finally hitting home for a Yankee living in the south, I made my way down 1st Ave towards Acme with only a glass of water, and an ice cold brew on my mind. Once I’d settled in at the bar and hydrated a little, I started to feel much better about life in general. I bopped my head to the Acme Radio curated mix, and thought about ordering some food, but before too long it was time for the live music to start. 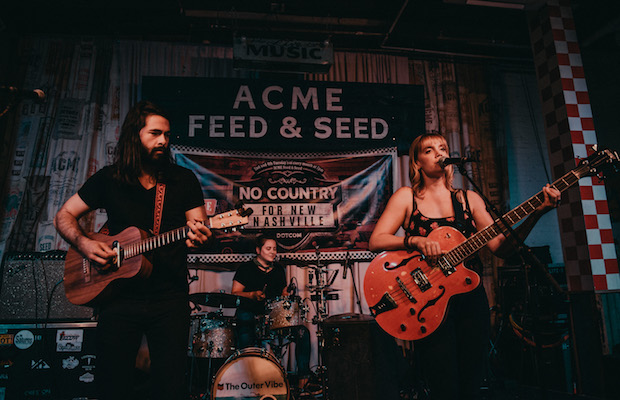 First up was a talented local we’ve been following for a while. Kelly Ruth is a bit of an atypical performer, who’s been tossed into the catch-all singer-songwriter category, seeing as she is an accomplished bassist who sings and writes songs, as opposed to the typical guitarist/scribe. With this in mind, initially, my eyes wandered to her handsome, red Gretsch electric bass, with its impossibly long neck; a beautiful instrument to see in action. Her diverse sound started on a doo-wop note, before slipping into a more standard Americana vibe on the next number. Making her fun, quirky and funny personality felt pretty much from the start, she even decided to dedicate a number to Rocky IV.  She also wasn’t afraid to take her three piece down to a two, singing over some wonderful acoustic guitar. Always one to change it up, her last number was even a little funky, and more up-tempo, powered by some Veruca Salt inspired vibes. She’s also let us know a new record, already recorded/mastered, is due out in the fall, and there is little doubt everyone in the corwd, ourselves included, are looking forward to checking it out! 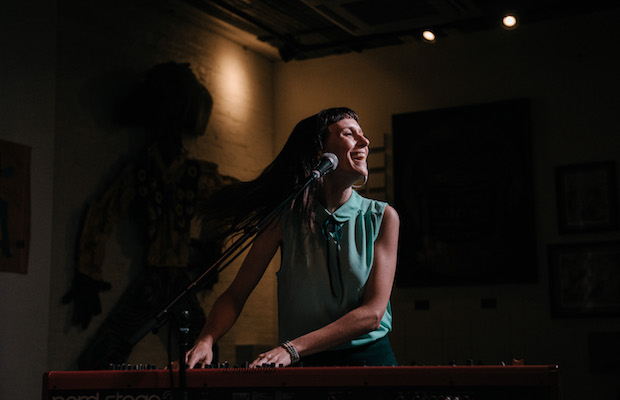 Next up was a five person powerhouse of a band, originally hailing from Grand Rapids MI, calling themselves The Outer Vibe. Until I had picked up the assign to cover them at Acme, I hadn’t heard of them, so of course I did a little homework, and checked out their stuff. Impressive enough, I thought I knew what to expect live, but my expectations were blown away from the start!

Their massive, full and high energy pop-rock sound showered over the crowd from the first note. Lead singer, Sean Zee, has natural and effortless confidence in his voice, which shines, sounding to me a little bit like the vocalist Thomas Mars, of Phoenix. The Outer Vibe has a similarly brighter feel to their music as well, with their up tempo arrangements, and playful tongue in cheek lyrics, especially on the song “Fiona,” about a real-life girl who unsuccessfully tried to hook up with the various members of the band. On a slower number, I got some Cold War Kids vibes, and found myself unable to accurately describe what genre this band falls into. A few songs later, they were on to some ’80s inspired surf guitar licks. A song after that, and their keyboardist had also started to play a trumpet, and it became obvious this band can really do it all. With talent like this, it’s only a matter of time, so get hip to The Outer Vibe now, if you missed the show, because they will moving up the Music City food chain fast!

While you’re here, enjoy some photos from contributor Nolan Knight, and be sure to stay tuned to No Country for more information on our next Acme showcase. 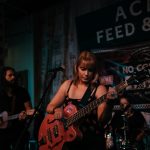 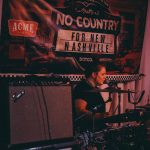 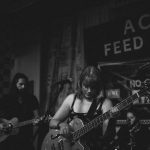 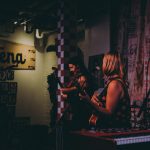 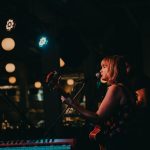 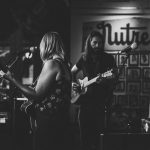 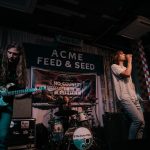 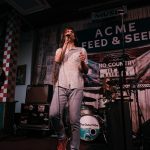 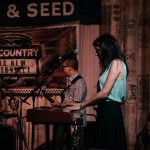 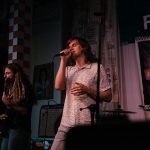 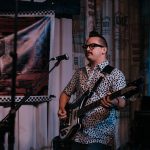 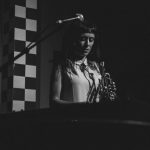 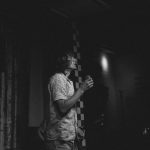