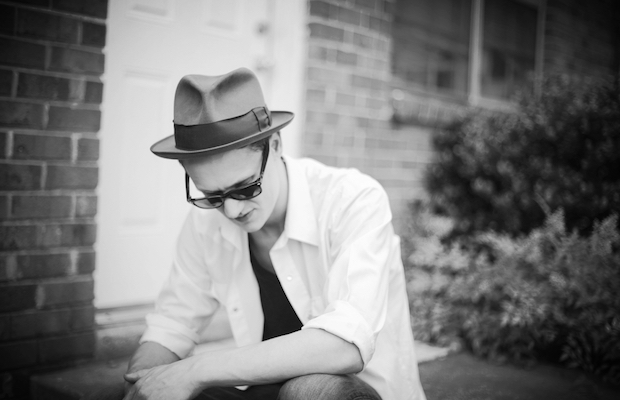 Part poet, part blues drenched singer-songwriter, and resident musician Dylan Lee Johnston has soaked up the Nashville scene, making friends with some well known Music City artists in the process. Convincing some of these friends, including area legend Tim Easton, to help him with his debut record, Just Like Rain, which dropped earlier this year, Dylan may be on the fast track to not just local, but national acclaim. He’ll soon embark on a summer long tour of his native Alaska (he grew up outside Anchorage), with help from his baking band The Bad Habits, and his touring mate in the warmup spot, Megan Palmer.

However, before he leaves, he’ll be playing one last grand bon voyage gig, at Fond Object‘s downtown 4th Ave location, along with with performances from Megan, blog favorite Ian Ferguson, and the very talented Austin Hoke. As an added bonus, there will also be a screening of the short film, Mnemonics, by Bosnian filmmaker Daniela Repas, featuring original music from Mr. Johnston. The film takes place inside the narrator, a Bosnian refugee’s, memory, and tells the story of her home, through animated portrayals of Bosnian customs, landscapes and people, bringing her past to life for all to enjoy on the big screen.

The screening will begin at 5 p.m., with the music to follow shortly after. Best part about this all ages, BYOB affair? It’s 100% free of charge! So go check out Fond Object’s new(ish) second location, help support an international filmmaker and a local bluesman, before he hits the road for the summer. Click on for a preview of the musicians, and we hope to see you there!

Dylan Lee Johnston & The Bad Habits, Megan Palmer, Ian Ferguson, and Austin Hoke will perform Saturday, July 1 at Fond Object 4th Ave, proceeded by a screening of short film ‘Mnemonics.’ This event is FREE and all ages, with the movie set to begin at 5 p.m., and the musical performances to follow.