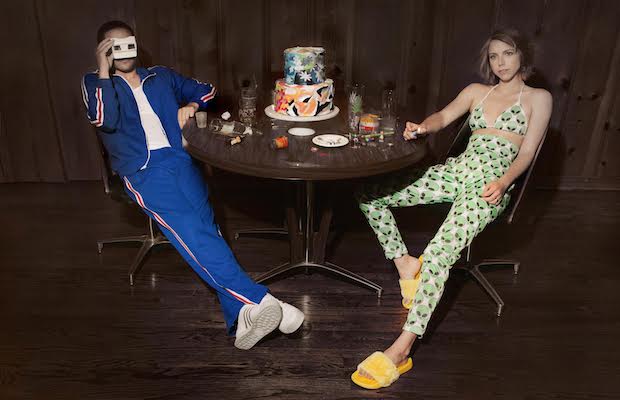 The brainchild of producer Micah Tawlks and singer Isaaca Byrd, indie pop duo MYZICA have become a mainstay in the local music scene, since emerging in late 2014 with debut single “Ready Or Not,” and debuting their wonderfully synth-heavy, ’80s-inspired, eponymous debut EP the following year. Garnering national press and winning over the blogosphere, helping reinforce the strength and allure of Nashville’s diverse, fast-growing pop scene, the duo released their incredible debut LP, Love & Desire, last fall, further cementing their status as one of the city’s most essential and exciting new acts, destined to resonate with a wider audience thanks to their unparalleled pop hooks and wistful nostalgic appeal.

Two time veterans of our Acme showcase series, MYZICA are already hard at work on new music, and we’re beyond thrilled to share with you a brand new single, “Higher Places,” something of a sonic and thematic departure from everything we’ve heard from the group so far. Written along with Peter Groenwald and Zoe Sky Jordan, the song details a vampire feasting on the blood of the young to retain eternal youth, and adopts a more contemporary indie rock sound, keeping the lush production and synthy flourishes, but to a brighter and less retro effect.

Tawlks tell us “‘Higher Places'” was a fun one to work on – we wrote it with two great friends, Peter Groenwald (Isaaca’s husband) and Zoe Sky Jordan. The song is about a 39 year old woman film director who seeks out 20 something year old libra guys to be extras in whatever current project she’s working on – she lures them out to fancy dinners and concerts – promises fame – and when she has one where she wants him, she reveals that she is actually a vampire who feeds on the blood of young, unsuspecting men to steal a bit of their youth, delaying her impending 40th birthday….or something like that. Both musically and lyrically ‘Higher Places’ is quite a departure from everything on our debut album. In fact, we’re in the middle of writing and recording new songs and it’s been really fun to abandon the rules we’ve subconsciously set for ourselves and embrace a natural evolution.”

Hear “Higher Places” below, and keep a look out for more MYZICA news soon! Photo by Fairlight Hubbard. Styling, direction and makeup by Megan Thompson.