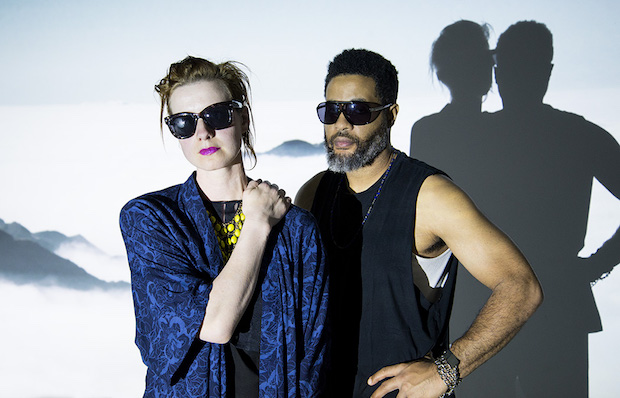 Nashville based electro pop duo Brineaboy entered the local scene in late 2016, and are quickly picking up momentum with a string of interesting releases since.  The duo of singer Amy Wright and DJ/rapper HA Hill were a chance encounter. The former spent the past few years working with local rock band Yumi & The System and Redflecks, while Hill took a different route than most Nashville musicians as a hip hop dancer and rapper before writing beats.  The mesmerizing result of their union strikes a tone that nods to Portishead, or perhaps Bjork, while incorporating the recent explosion of acts like The XX, Sylvan Esso, and Phantogram.

Brineaboy have released a smattering of singles since last fall, and each have socially relevant messaging with a political tinge, featuring titles like “Ideology,” “Xenophobia,” and “Unalienable.”  The latter was recently reworked into a powerful film noir styled video depicting an unsettling hostage situation.  The video’s director Josh Carples said he and the band designed the video around idea of struggle, explaining “I think the song itself hits on that theme lyrically – ‘Raise your face. Be just who you are… Know who you are.’  It is a call for authenticity in an era filled with fiction and Instagram filters. We think everyone else’s lives are so glamorous because that is what is chosen to show on social media, but those same people have their own personal struggles that you never see. You never see the real person. They don’t dare show just how broken they are. Authenticity can be a struggle when we are surrounded by fraud.”

Head below to check out the video for “Unalienable,” and mark your calendar for June 9 to see Brineaboy perform with PreCog and Damn The Witch Siren at The East Room.  Details are available here.