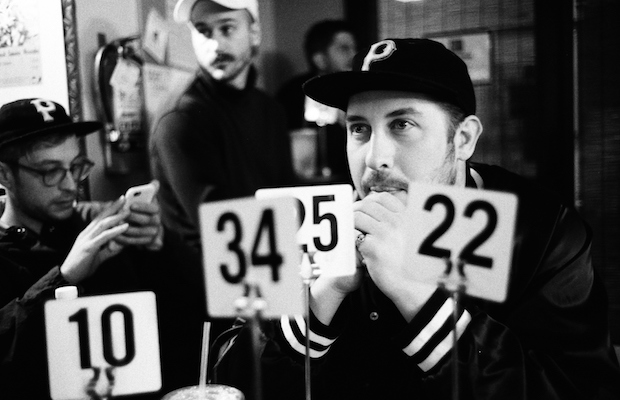 It’s been nearly almost four since the release of Portugal. The Man’s last album, Evil Friends. Not an unusual gap for most acts, but for a prolific, ever-evolving band who dropped seven LPs in under nine years, the wait for album eight- their forthcoming Woodstock, truly feels like an eternity. Hailing originally from Wasilla, Alaska, but headquartered in the Pacific Northwest, PTM’s origins actually came from the premature demise of vocalist John Gourley and bassist Zach Carothers’ prior project, emo/screamo band Anatomy of a Ghost. For more recent Portugal fans, they might sound a bit surprising, but the group’s only two permanent members (they’ve otherwise seen a revolving door of contributors) definitely cut their teeth in the punk and emo world, and even PTM’s earliest Fearless Records releases, press coverage, and tourmates reflected this, albeit with a layer of experimental rock on top, which would guide their sound as it evolved throughout the years.

Portugal. The Man’s breakthrough isn’t something that happened over night, but something they’ve been building and earning for over a decade, touring relentlessly, pushing their psychedelic, progressive, and experimental indie sound to new heights with each release, and earning a fanbase organically with their tireless work ethic. While no single release or song found instant success, it’s a culmination of everything, impressive and essential in its own way, that has made them a beloved, popular act; their sophomore effort Church Mouth found early buzz, 2009’s The Satanic Satanist flexed their musical range, while Evil Friends showed off just how huge and nuanced their songs could be with the right amount of collaboration and extra attention. One of the most interesting and enduring rock bands in recent memory, and incredible live performers to boot, PTM return to Bonnaroo for a fourth time this year- an accomplishment few bands can claim- and with an ambitious, expansive, and long-gestating new LP in tow; it’s sure to be another festival highlight, especially with their late-night slot.