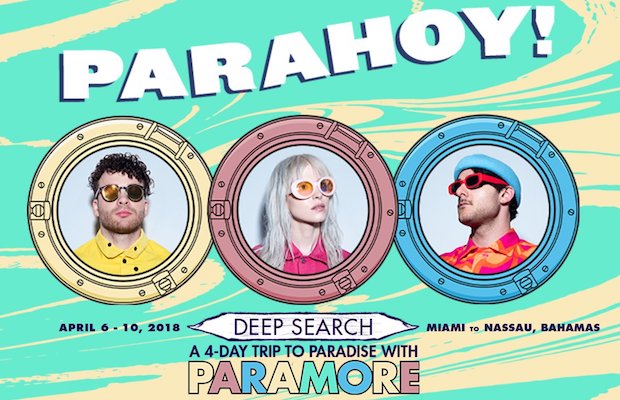 On the heels of a special, intimate, hometown performance at Exit/In- their first proper show in two years and first since original drummer Zac Farro returned to the band (read our full review here)- and before hosting a signing today at Grimey’s, local rock outfit Paramore, whose highly-anticipated and remarkable new album After Laughter officially dropped today, have announced another surprise: their third Parahoy! concert cruise!

Parahoy! first took place in 2014, and returned in 2016, serving as a floating mini festival en route to a tropical destination and back, curated and headlined by Paramore. When it returns next year, April 6-10, 2018, Parahoy! will depart from Miami and head to Nassau, Bahamas, featuring two sets from the the band, themed activities, Q&As, typical cruise ship amenities, and much more. While the rest of the lineup has yet to be announced, past Parahoys have featured the likes of CHVRCHES, New Found Glory, Tegan and Sara, Lights, mewithoutYou, and more, so, if you’re a Paramore fan, it’s safe to say you can trust them to put together another stellar bill!