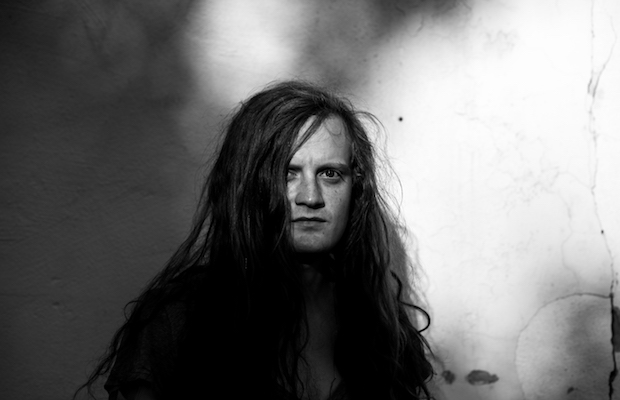 Local folk-tinged indie rock project Kellen of Troy formed when Kellen Wenrich started branching out on his own last year, shortly after members of his former band, the now defunct and incredibly buzzy outfit Apache Relay, went their separate ways. Wenrich played fiddle with Apache, but he’s also no slouch when it comes to guitar work, and taking the spotlight to write original songs. We liked the early material we heard so much, we even asked him to play our Acme showcase last April.

After taking some time to cement his sound, and hammer out more material, Kellen is back and prepping to release his debut LP, Posthumous Release, but not before dropping an EP of songs that didn’t quite make the cut, The Sad Bastard EP, on May 5. First up is track “California,” the captivating song that inspired Wenrich to craft this introductory EP in the first place, and we’re thrilled to exclusively bring you a premiere!

On the song, Kellen tells us:

“I started writing ‘California; before the last Apache gig. I was walking into my hotel room in San Diego the day before the show and I started singing what would become the chorus in my head. I played around with the tune for a couple minutes then quickly put it down – I just didn’t feel like writing it.

A couple months later it popped back into my head and the Steinbeck verse came to me. I finished it that afternoon and thought it was good, but wasn’t quite right for Posthumous Release (my yet-to-be-released LP), which I was wrapping up at the time. I decided to put together the collection of sappier tunes that didn’t make the cut for the P.R. and thus The Sad Bastard EP was born.”

Have a listen after the jump, and make note of the official Sad Bastard release show, which we are proud to host at Acme Feed & Seed on May 9.  Keep an eye out for a full preview coming soon.