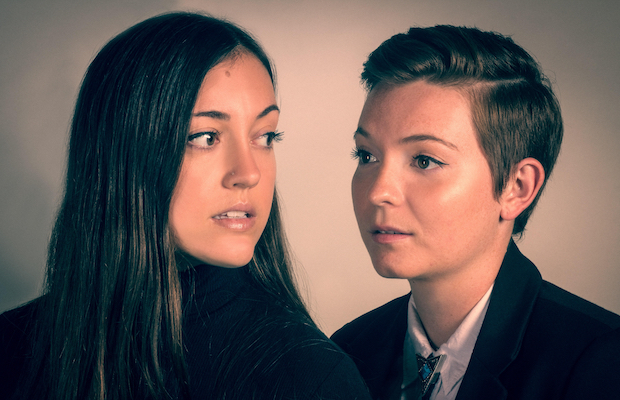 We’ve been praising local indie folk-pop duo The Harmaleighs for years now, but if you’ve missed out on their impressive harmonies and live shows, now is the perfect time to dig into their music. After dropping their independent full-length debut, 2015’s Pretty Picture, Dirty Brush, members Haley Grant and Kaylee Jasperson were ready for an adventure. After moving out of their apartment and into a van, they traveled across the country together, finding plenty of musical inspiration along the way. The result is a brand new collection of music that’s set for release next month, but we have a special sneak preview of what’s to come.

“Kaylee and I were touring and we continuously kept hearing ‘you all play really well for girls,'” Grant tells No Country. “It’s something you think would be no longer relevant in today’s society but comments/thoughts like that are everywhere. This song is a sarcastic poem about having a ‘Lady Brain.'”

“Lady Brain” will be featured on The Harmaleighs’ upcoming EP, Hiraeth, due out on May 5.  Make your calendars and check out their new track below!