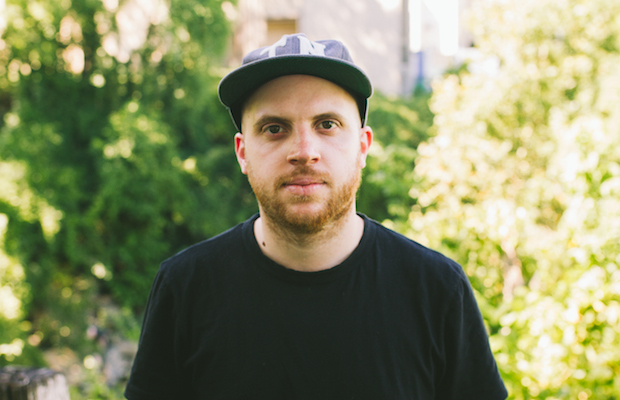 Shortly after beginning to make sweeping indie/pop rock music under the moniker Volunteer in 2014, Orlando, FL native Cory Quintard relocated to Nashville, where he’s since been busy cultivating Volunteer’s sound and building a passionate fanbase. The project’s first EP, The World Will Begin Again, arrived in early 2015, spawning several singles that managed to drum up buzz throughout the blogosphere. A few years, mounting hype, and countless shows later, Volunteer is prepping to release his followup, The World Is Ours, this Friday, April 7, several months after its lead track managed to amass some viral buzz, and on the heels of fantastic second single “In the Unknown.” Can’t wait two more days? You don’t have to! We’re thrilled to bring you an early, exclusive premiere of Volunteer’s latest, which expands on his rock-rooted, pop accessible indie sound and further refines his songwriting, telling a personal, narrative story that begs to be heard in one sitting. On the EP, Quintard tell us:

“‘The World Is Ours’ seems a little unbalanced, because it chronicles the story of a relationship that’s personal to me. It moves from optimism to heartbreak to some profound realizations that were revealed to me through parts of my journey. It begins and ends with songs about living life to the fullest. However, if you follow the progression of the EP, you’ll see it’s kind of told in three acts: what happens when you feel invincible, subsequently suffer loss, and then find there is a better, fuller life to be lived on the other side of it. Growing older gives you perspective that only comes through stepping out of your box, and then experiencing immense amounts of pain. This collection of songs fit together well for me personally, because they tell the hero story: leaving home, facing trials and heartbreak, and then finding more wholeness in the realization that it’s not really all about your story, but knowing where that story fits into something bigger.”

Stream The World Is Ours below, and catch Volunteer’s EP release show May 18 at The Basement!