Following a main stage lineup announcement, a comedy slate, daily lineups, and even the introduction of a “new” stage, Bonnaroo is inching closer, and that means it’s time for the full lineup to be rounded out with the addition of this year’s Club Stage bands. For the uninitiated, the Club Stages (the New Music on Tap Lounge and the Who Stage) are where the festival’s tiniest acts perform, and are a great way to get up and close and personal with the best rising talent. In the past, they’ve frequently included performers who’ve gone on to play much larger slots, sometimes even just the next year, and have historically included some of our favorite and most interesting Bonnaroo moments.

We’ll bring you some artist previews in the coming months to help you get acquainted, so be sure to snag tickets while they’re still available right here, because Bonnaroo’s 16th season will be here before you know it, June 8-11 in Manchester. 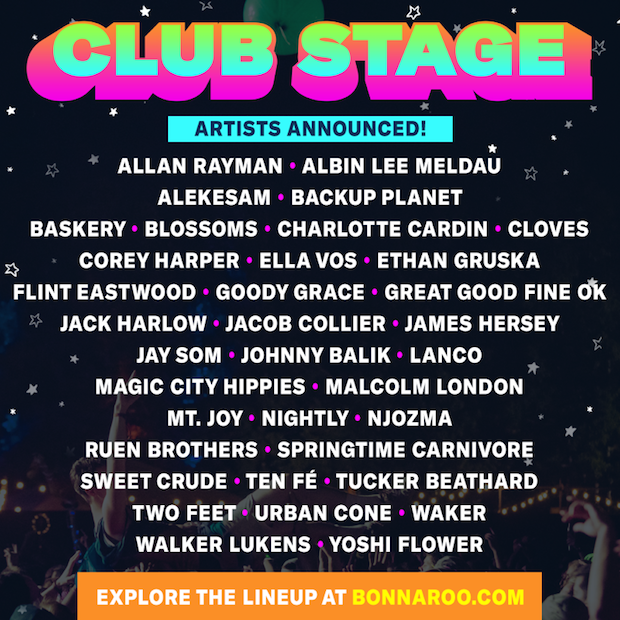