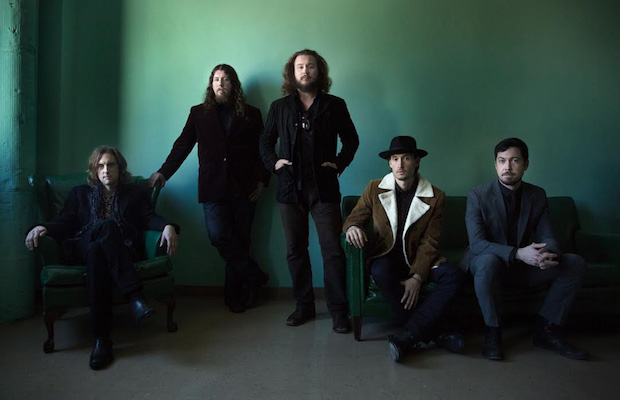 Louisville indie/psych rockers and festival faves My Morning Jacket have announced a summer run of tour dates, which brings them back through Music City for another gig at Ascend Amphitheater, the site of their last Music City outing in 2015, on July 7. While other supporting acts for the run include The Record Company, Gary Clark Jr, Jaw Gems, and The Districts, we are pretty thrilled that they have tapped Margo Price to rev up the Nashville crowd. General admission tickets go on sale Friday, March 17 at 10 a.m. CDT right here, (and a fan club pre-sale starts today), and you can head below for a full list of tour dates.

No word of an eighth LP came along with the tour announce, and it’s not likely so soon given that Jim James just released his second solo album, Eternally Even, late last year, and it’s only been two years since the release of MMJ’s incredibly well-received The Waterfall, in the spring of 2015.  That being said, if you really must get your hands on some fresh recordings, you can download the three night run from the band’s One Big Holiday event in Mexico earlier this year starting at $10/night.  You can also relive 2015’s festive Ascend show with our review here.

Harpooner Premiere “Hush Up” Ahead Of Debut LP