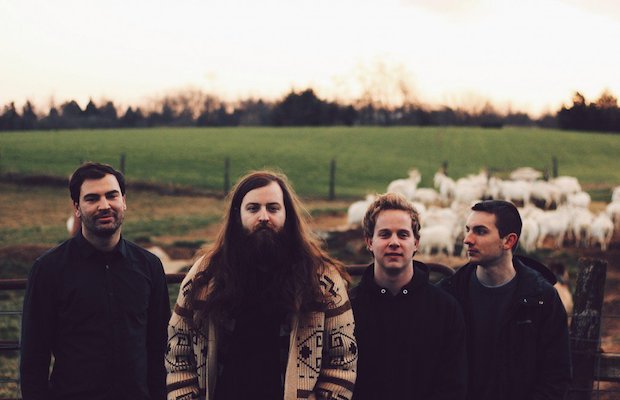 Since first forming just a few years ago, emo tinged indie rockers Young and Heartless have fast become one of the most promising bands to emerge from Pennsylvania’s rich punk scene, crafting a fantastic debut, 2014’s The Pull of Gravity, and even more resonate, earnest, and expansive followup, last year’s Stay Away. In their new video for latest single “Misery on Misery,” gorgeously shot using just an iPhone, the group compliment the song’s theme of an existential crisis and “a meditation on feeling unfairly trapped in a body you don’t have a choice in occupying,” with surreal visuals of captivity and confinement. Though among the band’s more melancholy work, it’s still a prime example of why Young and Heartless are a group you should know.

And, what better way to get to know (or reaffirm your love for) a band than to see them in person? You can do just that tonight, Feb. 7 at The End, where Young and Heartless will perform with North Carolina indie punks Museum Mouth, a solo set from Philly’s Kississippi, and local support from Nashville’s own Overwatcher and Cash Basket. The show is 18+, starts at 8 p.m. (doors at 7), and tickets are just $12.

Watch Young and Heartless’s new video for “Misery on Misery” below!

Diarrhea Planet is giving you their set from Freakin’ Weekend…