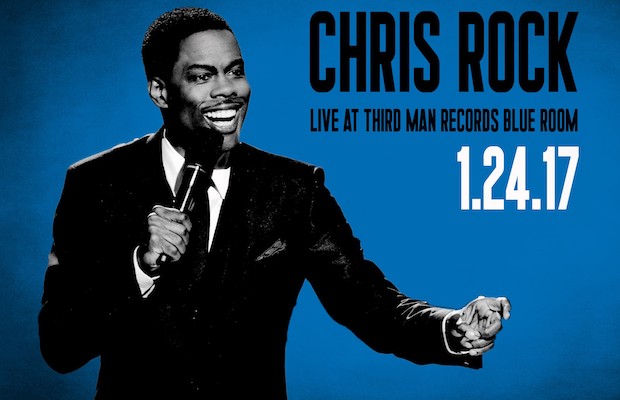 Following in the tradition of comedians like Conan O’Brien, Reggie Watts, and Aziz Ansari, famed standup and actor Chris Rock has announced a surprise, last minute performance at Third Man Records tomorrow evening, Jan. 24. Unsurprisingly, within minutes of the 5 p.m. announce through Third Man’s Twitter, tickets to the intimate, Blue Room affair had entirely sold out.

Rock has been in town since at least late last week, for a five-night residency at Zanies intended to test new material, which concludes with a pair of performances this evening. Announced last Thursday, just a day before the surprise run kicked off, the Zanies dates also sold out at lightning speed.

Notably, Rock took part in the Nashville Women’s March over the weekend, which is cool, but not as cool as the 15,000 local ladies (and gentlemen) who turned out in protest of our new presidential regime, in just one of numerous marches around the nation (and globe) which, with at least 3 million participants, is estimated to be the largest protest in U.S. history.

Rock will embark on a theater tour next month, with nearby stops planned in Atlanta and Alabama. After tomorrow’s outing, the comedian’s time in Nashville seems to be coming to a close, but if any new shows get added, we’ll keep you updated.