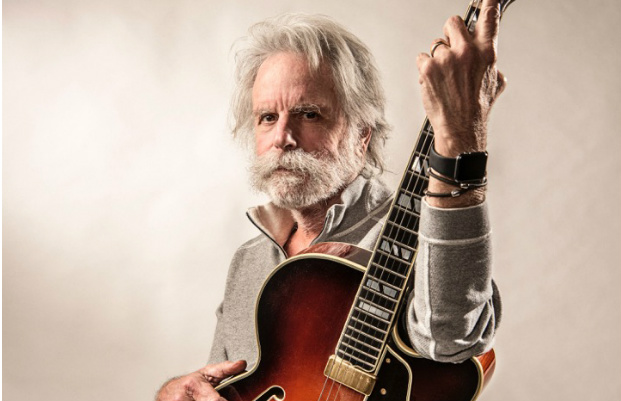 Grateful Dead founding member Bob Weir has spent his life redefining music, and he gave us a taste of that as he helped close out Bonnaroo this summer.  Just on the heels of touring with Dead & Company, Weir has announced his first solo album of original material in over 30 years.  What’s perhaps more interesting about the record, titled Blue Mountain, is that he collaborated with Aaron Dessner, Bryce Dessner, and Scott Devendorf of The National, along with producer Josh Kaufman and Josh Ritter, amongst a slew of others to bring his vision to life.  Blue Mountain is set to drop on Sept. 30, and starts to shine a light on how the recent Day Of The Dead compilation of covers, that the Dessner brothers put together earlier this year, came to be. That impressive project featured a huge roster of indie stars covering 59 beloved Dead songs for a five hour album in tribute to the seminal jam band.

Another nugget of gold in this announcement, Weir is set to tour this record with, essentially, The National as his backing band through a mere seven cities, and they will conclude the tour on Oct. 19 at the Ryman Auditorium, booked directly against Phish at Ascend Amphitheater (that has to sting, jam fans). Tickets go on-sale to the general public Friday, Aug. 12 at 10 CDT right here. So mark your calendar, stand in line, start refreshing now, or call in all the favors you have in town, because these tickets surely won’t last more than a few minutes.