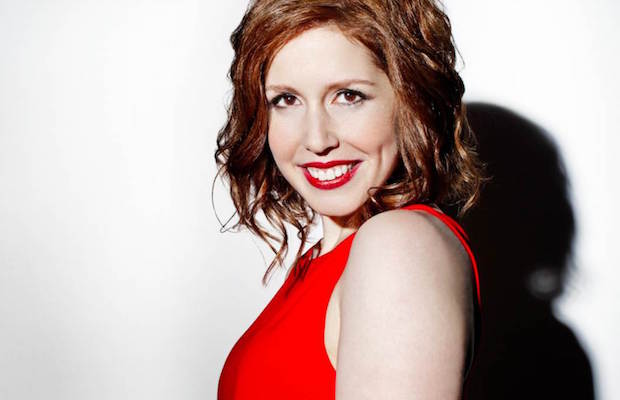 Like Pete Davidson, comedian Vanessa Bayer is best known for being among the current cast of Saturday Night Live. However, unlike Davidson, Bayer’s path to SNL was a more traditional one, working her way through the ranks of the comedy world with improv, theatrical, and standup work. Raised in the suburbs of Cleveland, Vanessa battled leukemia as a teen, and credits comedy as powerful distraction. She attended the University of Pennsylvania, interning at Late Night with Conan O’Brien and at Sesame Street, and performing in a sketch comedy and musical troupe throughout her studies. Relocating to Chicago, Bayer honed her standup routine, which included impressions that would eventually find their way onto SNL, and performed improv at the iO Chicago, the Annoyance, and the Second City, where many SNL alumni have been discovered. Aside from standup and her six season (and counting) run on SNL, which has yielded popular characters like Jacob the Bar Mitzvah Boy, Miley Cyrus, and Breckie, Bayer has appeared in Trainwreck, Despicable Me 2, Portlandia, Comedy Bang! Bang!, Man Seeking Woman, The Mindy Project, and web series Sound Advice, which she co-created with her brother. An invaluable fixture on SNL and a hilarious, sharp, and witty comedian and impressionist, Vanessa’s schedule doesn’t seem to include a ton of live appearances these days, so we highly encourage you to catch her while you can!