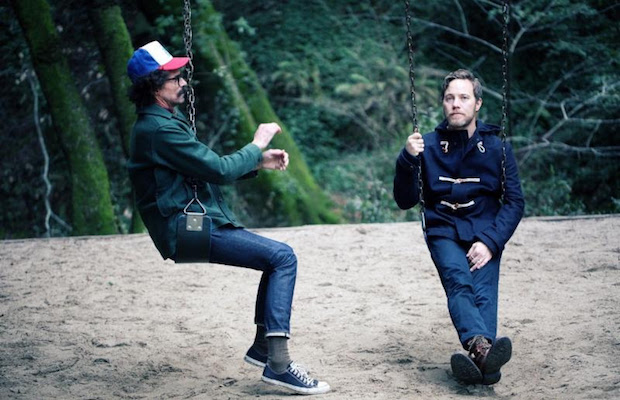 A few months ago, we told you that that California indie rockers Rogue Wave would be back on tour to support their kickass new record, Delusions of Grand Fur. We also mentioned they’d be stopping in on Music City to play Mercy Lounge tonight, May 20 with support from chamber pop rockers Hey Marseilles. Well the time has finally come, and the music tonight will be starting at 9 p.m. (doors at 8). Tickets are still available for just $16, but if you need more convincing, please read on after the jump for more information on the bands, and we hope to see you there!

Fronted by longtime collaborators Zach Rogue and Pat Spurgeon, Rogue Wave used to be an indie pop rock band from Oakland, CA. They still make music and live in Cali, but the sounds have changed. After finding early indie success, which lead to two albums on Sub Pop, they embraced a more pop/mainstream sound. This culminated in the success of Permalight, which hit number one on Billboards HeatSeeker chart in 2010. After more of the same on 2013’s Nightingale Floors, the band took an extended break. Last month, they returned with Delusions of Gran Fur, which is a departure from their pop-tinged shift, harkening back to their Sub Pop roots. This latest LP’s brand of new wave indie is even tastier than we could have imagined, and we look for to seeing it translate live with their latest backing band.

Resting at the crossroads of chamber pop and indie folk, Hey Marseilles are a Seattle based five-piece pack of pickers you need in your listening rotation. They’ve already gained a significant fanbase in the pacific northwest, and have toured around the US, but with the help of Anthony Kilhoffer, an LA-based producer who’s worked with Kanye West, Kid Cudi, Rick Ross, they hope they can take it to the next level. Although hip hop is his forte, Kilhoffer worked with them on producing their third, self-titled record, which dropped earlier this year. Catch the band at their most refined and transitional, when you get to Mercy on time for their set.