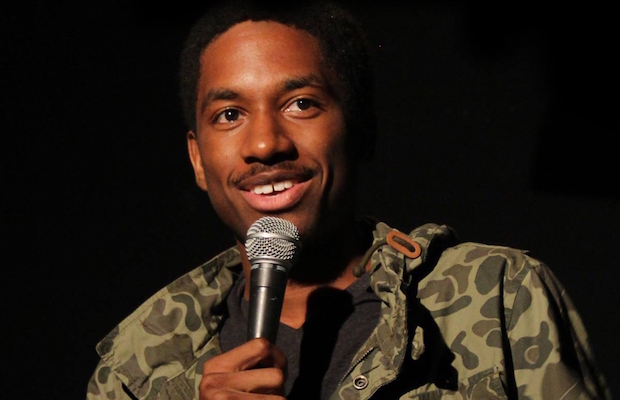 Seattle bred, Los Angeles based comedian Jak Knight is quickly becoming an important name to know in the standup scene. Though he’s still largely getting his foot in the door, Knight’s hilarious timing, comfortable delivery, and personal style, musing on everything from pop culture to race to life experience, gives him a leg up, already possessing a confident comedic voice that often takes many more years to develop. The subject of recent buzz, Jak has appeared at the Just For Laughs Festival and the Oddball Comedy Festival, and has shared the stage with big names like Dave Chappelle, Joel McHale, and Moshe Kasher. He’s also appeared on Comedy Central programs The Meltdown, @midnight, and Adam Devine’s House Party, and recently shot a pilot with Daily Show alum Al Madrigal. We’re big fans of Knight’s wit and sense of humor, and can’t wait to catch his live show in person!