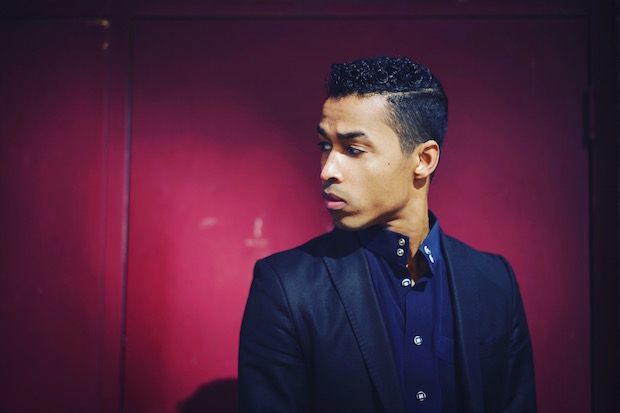 With a baptist preacher father, and a mission ambassador mother, it almost seemed predetermined that William James Stokes (aka Sir the Baptist) would rebel. However, growing up in the Bronzeville neighborhood of the often crime-ridden South Side of Chicago–with it’s rich jazz/soul/gospel musical history–Sir, in some ways, followed in his parent’s foot steps, at least as inspiration for his music. Part hymnal sermon, part slum poetry with a jazz backdrop, Sir has created something truly unique that has fans clamoring for more. If you must pigeon hole his sound, it’s been called “contemporary ghetto gospel,” but the artist describes it himself as “Church Pub Rap”. After checking out his music below, you be the judge.

He got his start singing in the choir and also playing piano for his father’s congregation. As he matured, his talents seemed to grow and diversify into things like writing film scores and commercial jingles. After attending a few classes at Columbia College in Chicago, Sir flipped the script and left school, taking a full-time job with a big time Chicago-based advertising firm, working on music in conjunction with digital marketing for McDonald’s. Lucky for us all it didn’t take long for him to leave the business world, and return to being much more creative. Now based in LA and signed to Atlantic, Sir has been putting the finishing touches on his debut record, Preacher’s Kid, and based on the singles it’s going to be huge. Like another legendary artist by the name of Ray Charles, Sir want’s to bring the masses music inspired by the church, all be it presented in fantastic new ways. Be there in person when another potential star is born.