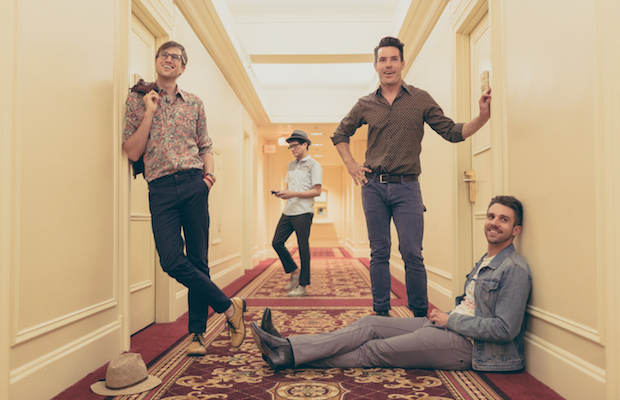 If you were living anywhere other than under a rock in 2014, you probably heard Saint Motel’s ridiculously catchy track “My Type” blaring from a car or busy storefront. The L.A.-based indie pop band finally broke through the mainstream with the track after five years of hard work and hustle. Their 2012 debut album Voyeur was a hit on the Hype Machine charts and was fully embraced by independent radio stations across the country. Feeling high and focused with their new success, they headed back into the studio to record their 2014 EP My Type. The release’s title track instantly became a hit in the U.K., then quickly followed suit in their home country.

In 2015, the track was featured in countless commercials and television shows, and earned them coveted festival slots including Coachella. Their latest single, “Cold Cold Man,” provides another track with sunny and spirited instrumentation but puts a larger focus on the emotion behind the lyrics. They provide a great blend of playful beats with plenty of substance, so make sure you check them out and dance your heart out while doing so.