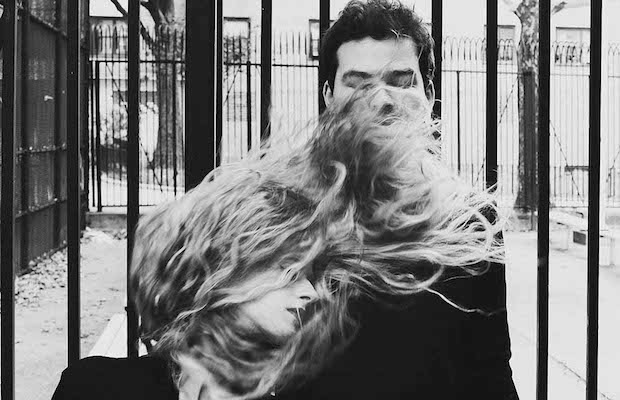 Hailing originally from Philadelphia, indie electro-r&b duo Marian Hill are named after the respective characters, Marian Paroo and Harold Hill, that they played in a middle school rendition of the play The Music Man; the occasion the longtime friends first met and shared the stage. After developing individual musical identities throughout their teens, never really collaborating, but staying friendly and giving one another feedback, producer/lyricist/arranger Jeremy Lloyd and vocalist/lyricist/musician Samantha Gongol briefly split for college, the former Yale the latter NYU. Catching up during spring break in 2013, Lloyd shared a beat with Gongol, which she quickly began singing over, unintentionally marking their first formal collaboration, “Whisky.” Jeremy, dialed into the blogosphere, managed to distribute the track all over the internet, gaining buzz on The Hype Machine, and suddenly turning Marian Hill into a very real project, albeit one with only one song.

Setting out to replicate their initial buzz, Marian Hill quickly began exploring new material, juxtaposing Lloyd’s excellent ear for production, sexy beats, and hypnotic textures with Gongol’s sultry, soulful, and timeless vocal style. After an early EP, Play, the duo bagged a deal with Photo Finish/Republic Records, dropping a mini album, Sway, in 2015, increasing their presence, fueling live dates, and nabbing an appearance on The Late Late Show with James Corden. One of the most exciting emerging acts in this new electro, lush, r&b scene, Marian Hill are prepping to release their full-length debut, ACT ONE, this summer, and by the time Bonnaroo rolls around, they’ll be the band you’ll want to brag you got to see first.