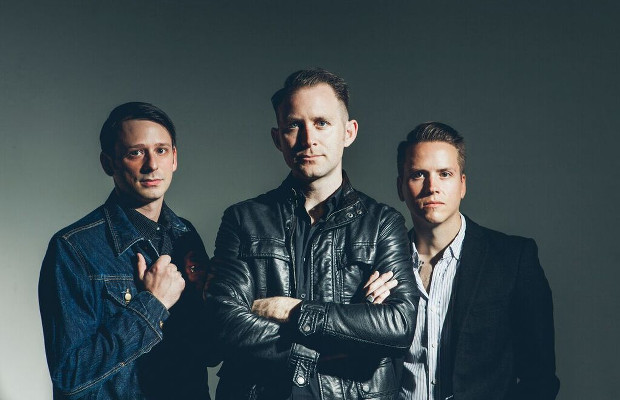 Local rock fixture MODOC made a splashy first impression with their 2013 self-titled debut. After drawing comparisons to Queens of the Stone Age and Black Rebel Motorcycle Club, the trio linked up with producer and friend of the site Brendan Benson (The Raconteurs) to craft their forthcoming sophomore full-length, Automatic + Voluntary. We have the exclusive premiere of new single “No News Is Good News” ahead of the album’s Feb. 5 release, which we’re very excited to share with you below! It’s a giddy burst of strings, horns, and keys that shows off the band’s new sonic and emotional territory.

If you dig what you hear, you’ll want to add the group’s free Feb. 4 album release show at The Basement East with Staying for the Weekend and The JAG to your calendar. Until then, get ready to click repeat when you check out MODOC’s energetic new single after the jump!