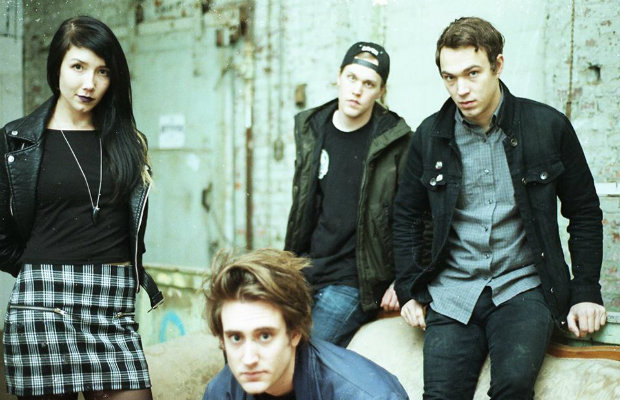 If you’re looking for something memorable to do on a Friday night, it’s hard to turn down a party that includes four great bands, poetry readings, body painting, burlesque performances, platform dancers, aerial dancing, contortionists, stilt walkers and a local fashion show, all under one roof, and all for free. Tonight’s Eclipse party at Exit/In features all of that, and there’s still more. The event, which will also feature acrobatics, performance art, and palm reading, aims to help people network with artists and other creatives in town. Local bands Western Medication, Chalaxy, Fable Cry, and Girls and Money will be performing too. Music starts at 9pm (doors at 8pm) and the event is free for anyone 18+.

Post-punk band Western Medication has been playing around town for some time now and we’re big fans. Heavy on the reverb, their psych pop sound has a retro vibe but sounds completely current. They’ve been working on some new material lately and we’re looking forward to hearing it. Check out their single “Goes Around,” which was just released in May to get a taste for them and see why they might be the perfect headlining act for an art show with body painting, palm reading, and platform dancers.

We’ve been nerding out over psychedelic, electronic instrumental band Chalaxy for a while. A few months ago we were excited to bring you their single “Dizzy.” We’ve drawn comparisons to bands like Tame Impala and My Morning Jacket in the past but this is a band who might be inspired by others but who make music completely their own.

In a town where bands in most genres seem to be a dime a dozen, Fable Cry is one that is wholly unique. The theatrical rock band is another great addition to the party line up and one that makes perfect sense among the circus, burlesque, and general party atmosphere that’s sure to permeate the evening. While the band announced just yesterday that cellist Joshua Dent was leaving the group temporarily to take a job that would have him travelling, they assured fans that they were already working out the changes they would need to make. While tonight’s show is sure to be an adjustment, and different than what we’ve heard from them in the past, the band has always been entertaining and tonight will surely be no different.

Girls and Money have to be one of the city’s most fun party bands and considering that they don’t play shows frequently, they remain something of an undiscovered gem. Formed by best friends Joe Clemons and Shepherd Alligood, who have said they named the band after the two things they always seemed to be talking about, the band is now rounded out with a guitarist, drummer, and backing vocalist Jenny Thomas, whose powerful vocals are not celebrated nearly enough. Thomas’ voice is frequently what brings the band back together when each member seems to move in a different direction. Frequently, Clemons, who play keyboards, guitarist Charlie Hickerson, drummer Stephen Dewitt, and Alligood, who fronts the band, seem to be pulling in different, but all equally interesting, directions that somehow work. Alligood, who sometimes goes by White Mystery, is one of the best and most entertaining front men around, jumping, screaming, and kicking his way through the bands original material and covers like Mystikal’s “Shake Ya Ass,” all while managing not to lose his ever present white, feathered cape.

Western Medication, Chalaxy, Fable Cry, and Girls and Money will perform Friday, Aug. 28 at Exit/In. The show is 18+, begins at 9pm (doors at 8pm), and is free at the door.