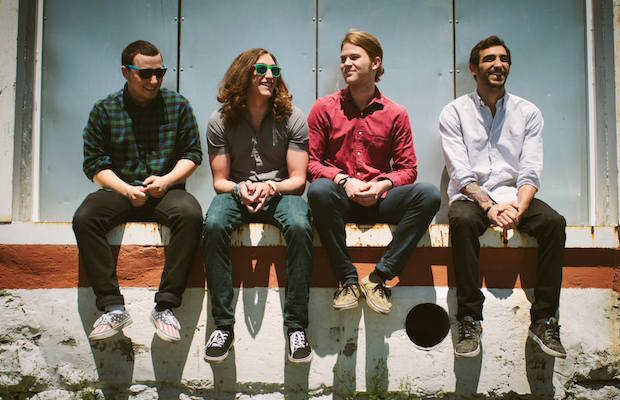 Hong Meow is a hipster event planning superpower that puts on the best, under-the-radar parties in East Nashville at The East Room. Tonight’s shindig features five local bands: blues/funk group Oh Grandpa, female-fronted indie rock band Dr. Jungle Cat, blues duo Black Venus, folk singer-songwriter Elijah Newman, and glam folk solo artist Tree Read. Comedian Mary Jay Berger will be the MC of the night so you won’t get bored between sets. Like with all Hong Meow events, there will be tons of extra stuff including local artwork for sale, a professional photo booth, a pop-up shop by a new local clothing company, and a bunch of hats that say “dad.” Also $1 ponies until they run out, which might make the dad hats thing seem like a great idea.

The cash goes towards a good cause, raising funds for the charity Dogs Deserve Better, which seeks to free abused dogs that spend their lives chained up outdoors or housed in outdoor kennels. There will be a silent auction that includes art work and gift certificates to local salons that will benefit the dogs, plus you can knock $3 off your $8 cover with a grain-free pet product donation. Read on to find out more about the lineup.

Oh Grandpa are a piano-driven rock band that take some cues from jazz and blues, with poppy melodies and slick production showing potential for popular success.

Dr. Jungle Cat are an indie rock outfit with a charismatic female singer that can transition between raw rock and roll and more melodic moments.

Black Venus are a dark, heavy blues duo that take their name from Baudelaire and their music from the Delta. Expect covers of PJ Harvey and Bob Dylan played so heavy they’re nearly unrecognizable.

Elijah Newman is a folky singer-songwriter from Knoxville currently walking that time-honored path of taking songwriting classes at Belmont and trying to make it in Music City. His music is influenced by Ryan Adams and Jason Isbell.

Tree Read is another folk-influenced singer-songwriter, whose music can both playful and serious. She will also be selling her paintings at the show, which is a great example of what makes Hong Meow events so cool — they give you a chance to see what a performer’s other art is like.

Oh Grandpa, Dr. Jungle Cat, Black Venus, Elijah Newman, and Tree Read will perform tonight, Aug. 7 at The East Room. The show is 18+, begins at at 8 p.m., and tickets are available for $8 at the door, or $5 with a donation of any grain-free pet product for Dogs Deserve Better.