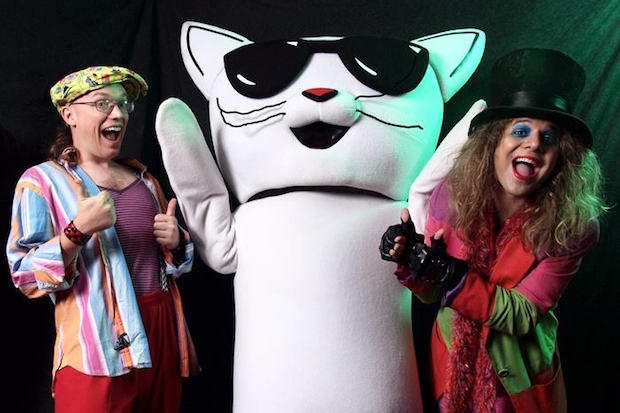 File this one under ‘shit you don’t see everyday,’ Nashville. Meet local theatrical glam rockers Lipstick, whose songs, and fun live shows, perspire positivity. They touch on topics, including true love, flowing one’s dreams, rock ’n’ roll, and even space travel. Equally awesome (and positive), they recently released a video for their song dedicated to late night TV personality Conan O’Brien, entitled simply “The Conan O’Brien Song.” If you’re digging what they’re putting down, the band are asking fans to tweet a link of the video @ConanOBrien, with the hashtag #TheConanSong. Take peek after the jump, and maybe help some locals make it out to LA for a late night spot.