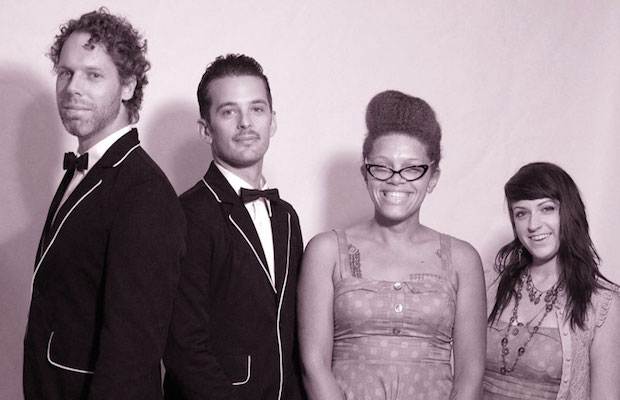 By now we hope you’ve heard, our live events production wing, No Country Presents, has taken up residence at Lower Broadway’s hippest new restaurant, lounge, retail, and event space, Acme Feed & Seed, where we’ve been bringing you a weekly, FREE, Tuesday night showcase, featuring some of our favorite emerging local and national talent. The curated showcase begins at 7 p.m. and, this week, it’ll keep rocking extra late in honor of Cinco de Mayo, capping off around midnight. So far, we’ve featured everything from folk to funk to rock to indie, and, for our next installment, on Tuesday, May 5, we’re bringing you two of our favorite acts: local retro soul rockers Magnolia Sons and returning Virginia garage/soul rock outfit Major and the Monbacks. Keep reading to find out all about them, and cancel any other plans you might have Tuesday night, because you’re coming to hang with us. Got it?

One of Nashville’s premiere live acts for several years running, retro soul rock outfit Magnolia Sons are helmed by the songwriting team of Austin Aguirre and Benjamin A. Harper, and typically involve another 10+ guys and gals in their live lineup. Channeling the soul and energy of old Motown, and, undoubtedly, rocking a retro chic look which earns them the title of “most dapper band in Nashville,” Magnolia Sons are essentially a supergroup, and have impressed us time and time again in the numerous chances we’ve had to see them play. You might recognize the group’s explosive single “Baby That’s You,” which helped catapult them to local recognition, but the band have proven their sound and range to be more and more expansive with each release; you truly need to experience them live, and there’s no better time than an extended Cinco de Mayo set downtown!

Hailing from the coastal town of Norfolk, Virginia, 8-man band Major and the Monbacks are our first touring act to make a return appearance to the Acme stage, following a fantastic debut last fall. Falling squarely in the realm of soul music, the band also harbor an obvious affinity for r&b, rock, and even some ska, and lace their sound with a modern garage pop accessibility. The group have been touring since 2008, building a regional fanbase with their seasoned performance chops, and, with their mix of influences from retro to contemporary, they’re sure to bring something to the table that most anyone can enjoy! Look out for their new album May 12, and be sure to show up early to catch their epic Acme return!

Magnolia Sons and Major and the Monbacks will perform Tuesday, May 5 at Acme Feed & Seed. The show is 21+, music begins at 7 p.m., and, per usual, it’s totally FREE. Downtown PARKING can sometimes be an issue. However, if you’re willing to walk a few blocks, street parking is typically easy to find on the numbered avenues south of Broadway, or along Korean Veterans Blvd. Metered spaces are often free after 6 p.m.