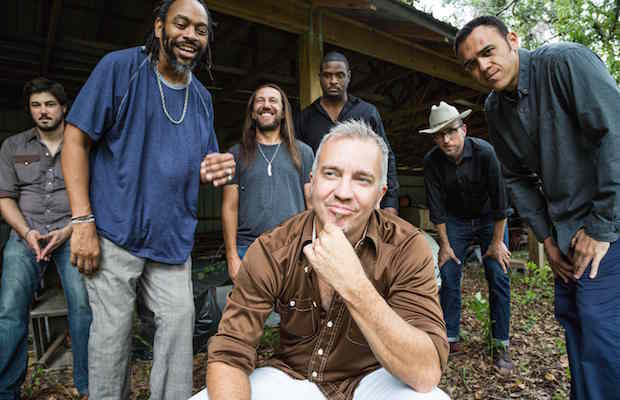 The master of swamp rock, JJ Grey, and his bad ass backing bad Mofro are back with their ninth album Ol’ Glory, and let us tell you, it’s just as funky, groovy and genuine as we all hoped it would be. Read on after the jump for a full review, and better yet, get your sweat on by dancing your face off this Thursday (04/16/15) at Marathon Music Works, when JJ and the gang make their Music City stop. Tickets are still available for $25-$28, or you can try to snag a pair on us, for free, right here. Don’t miss out when this band shows up, because they almost always do. 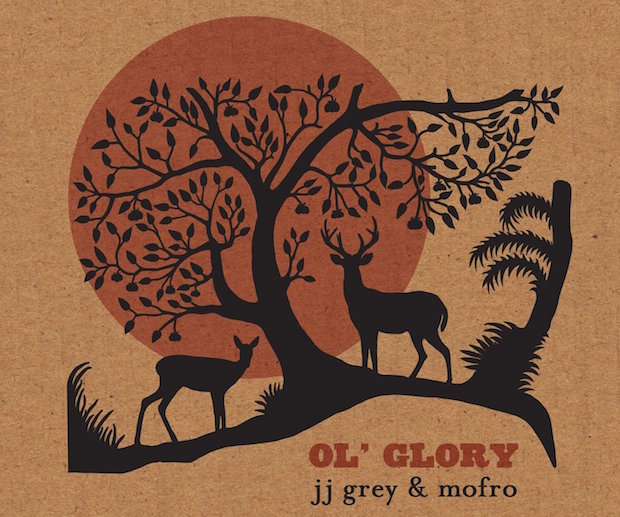 For JJ Grey & Mofro’s ninth album, Ol’ Glory, fans can expect more of the same signature southern blues rock/soul/funk (aka Swamp Rock) they’ve come to know and love from the Jacksonville, FL natives. However, it is the first release under the bands new label home Provogue Records, a European based label that focuses on blues/rock music (see Gov’t Mule and Warren Haynes). Their last six records were with Alligator Records, the independent blues record label based in Chicago.

No matter, because the game remains the same for JJ on Ol’ Glory. From the opening track, “Everything is a Song,” we are treated to the bands incredibly seamless change in tempos, styles and genres. Soul and R&B pours through heavy jam band vibes. A slowish start, that builds to a massive crescendo. They change gears on the next song, “The Island,” with a lyrically introspective look at America’s dark past with slavery. Slow acoustic plucking with a chill ass steel guitar lacing the melody throughout.

A little later on, they kick shit into high gear with the funky, brass blast “Turn Loose,” that is so dance ready, I’m bobbing my head as I type this, the beat currently bouncing in my ear drums. The second to last song, and the title track, is huge sounds and instrumental super-funk jam, and even has a Sam & Dave (Stax Records) back-and-fourth, call and response, vocal styling towards the end. They close out the record with a very minimal acoustic guitar ballad called “The Hurricane,” in homage to probably the biggest fear of people living in his native region … no relation to the Dylan song of the same name. It’s a stark contrast from the big band vibe of the rest of the record, and I’m glad they included it.

Other amazing tracks worth note; the horn infused “Brave Lil’ Fighter,” piano funk/gospel “Home in the Sky,” and the massive, sure-to-be-a-show-stopper “Tic Tac Toe.” True to it’s title, a reference to the Stars and Stripes, the record is a representation of our nation, our diverse sounds, unique history and fabulous stories, all woven into an inspiring piece of truly American art. We highly recommend you get this record in your life now (digitally here). Also, enjoy a live video below, for a deeper cut “The Sun Is Shining,” which was featured on the season three finale of Netflix’s House Of Cards. Don’t worry, no spoilers, and don’t forget see JJ Grey & Mofro put it down in person this Thursday at Marathon Music Works!