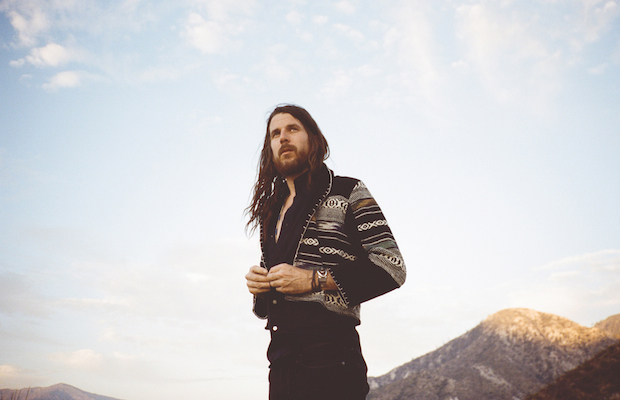 Jonathan Wilson grew up around music. His grandfather was preacher in a Baptist church, and his father was a musician and bandleader. By the time he was just 21, Wilson was an accomplished keyboardist and guitar player, who found moderate success with a band called Muscadine. After only a couple years, the band split, and Wilson spent time in various hippie communes all across the country. During his travels, he made many friends and collected a striking amount of analog recording equipment. Jonathan eventually put his collection to work, producing and working as a sideman for acts like Phil Lesh, Elvis Costello, Jackson Browne, and Eryka Badu. Relocating from North Carolina to Los Angeles, Wilson and the scene he was apart of were largely credited for helping revive Laurel Canyon’s musical community.

Well-known and sought after as a contemporary producer, Jonathan’s early career was marked largely by becoming influential behind the scenes. Through the years he was also working on some solo stuff, however, and completed, but never official released, a debut album, Frankie Ray, in 2007. Two proper full-lengths followed, and his latest offering, Fanfare (Downtown Records), boasts appearances by notables David Crosby, Jackson Brown, and Josh Tillman (a.k.a. Father John Misty). It’s a must for anyone who is a fan of the feel-good mellow rock and folk scene of the late ’60s and early ’70s (imagine a modern version of young James Taylor or early Billy Joel for an idea of his sound), and encapsulates not only Wilson’s unmatched ear for production, but also the sound of the Southern California scene he’s become so inextricably linked with. We’re hoping he gets a day slot, because he would be a perfect act to just chill out to in some afternoon shade. Just wait for your nap until after Wilson’s set, because you definitely don’t want to miss out on this one!