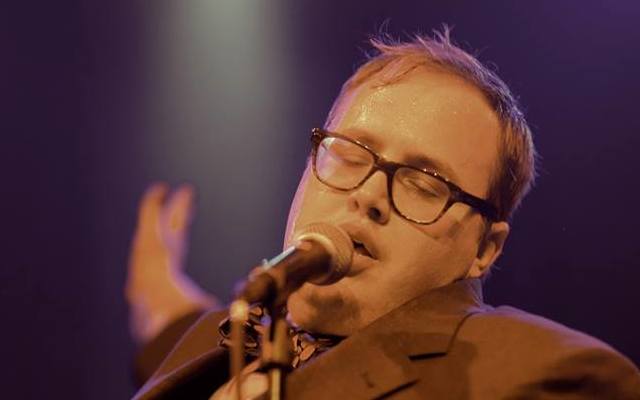 Led by the likes of the Alabama Shakes, it seems as if the Southern soul revival has been in full swing these last few years. Despite the success of the genre, few acts are as compelling to listeners as St. Paul and the Broken Bones. The group, fronted by incredible vocalist Paul Janeway, has become a crowd favorite across the country, with performances everywhere from cruise ships to Nashville’s own Live on the Green. Having achieved this level of success, fans are constantly surprised to discover that the 4 track EP Greetings from St. Paul and the Broken Bones, is the only official release the band has so far. Well, friends, we’ve got some exciting news for you today: St. Paul and the Broken Bones have announced a new album entitled Half the City that will hit shelves on February 18th. We got an advance listen to album, and it kicks ass. Half the City is exactly what you’re expecting and hoping for from St. Paul’s debut full length. The album has a consistently fun and high energy vibe, largely due to the plethora of horn riffs. Lace that with Janeway’s eerily expressive vocals, and you’ve got yourself a truly killer album. It’s still way too early to declare this album of the year material, but we could think of no better way for the year to begin.

Of course, the best way to get your St. Paul and the Broken Bones fix is to see them live, and lucky for our Nashvillian readers, you have two opportunities to do that in the upcoming weeks. First, you can catch the group live at beloved record store Grimey’s for free at 6 pm on February 20th. If that doesn’t work for you, you can also catch them at Mercy Lounge on February 27th for only $15. Either way, you owe it to yourself to see this band live, and to check out the new album. You can get started by checking out the title track after the jump, but you can hear the rest of the album ahead of time through our friends at NPR.

All credit goes to St. Paul and the Broken Bones for the stellar tunes and Lee M. Shook Jr for taking this awesome video.