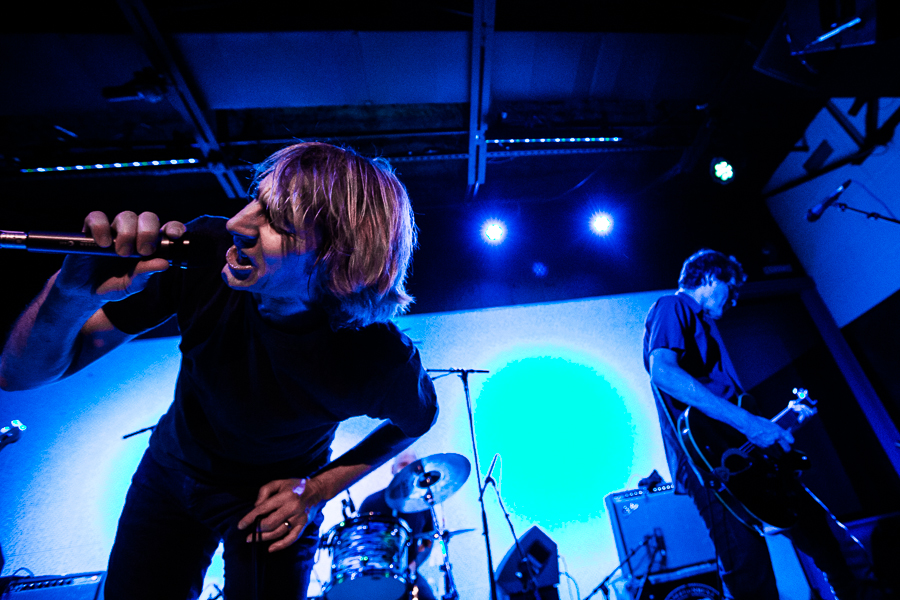 Sludge-rock legends Mudhoney paid a visit to the Blue Room of Jack White’s Third Man Records on Thursday, September 26th with Nashville-based rockers Cheap Time, and both bands completely blew our minds. I haven’t seen a local band as genuine and focused as Cheap Time in a long time, and the entire audience was equally entranced by their virtually nonstop hour-long performance. The punk-y trio channeled raw energy and confidence that perfectly paved the way for grunge kings Mudhoney‘s headlining appearance. After the jump you can read more about what we thought about the show, and check out some killer shots of both bands by photographer Shawn Jackson.

We dug Cheap Time so much. The trio has released three albums so far, and we can’t wait to hear more from them. It’s no wonder the band were a Jay Reatard fave, with their dance-y, grungy mess of rock n’ roll (think Jay meets Ziggy-era Bowie).  Cheap Time were a well-groomed mess, though, and carried on a smooth, well put-together show, despite guitar string-breakage; proving to be quite the seasoned rockers in spite of their youth. 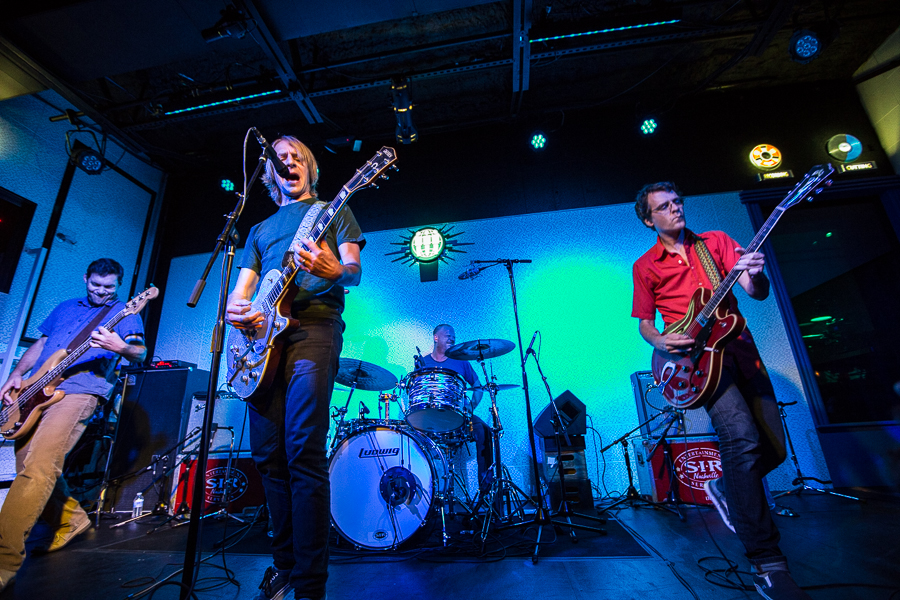 Mudhoney have lost none of their edge, and put on a true rock n’ roll show for their fans in Nashville.  The foursome brought a wall of sound, with fuzzy guitar tones and shrieking but spot-on vocals from lead singer/rhythm guitarist Mark Arm. The band blasted through their first set – peppered with new tracks & fan favorites alike – as it was recorded live-to-acetate, and finished up with a long encore, leaving audience members in a state of euphoria (and partial deafness).  The lords of grunge show no signs of slowing down, having released their ninth studio record this year, and will next embark on a tour of the Northwest with none other than PEARL JAM. Check out the dates:

On Sunday, we stopped by the Third Man Records storefront to pre-order our copy of the record that was pressed live at Thursday’s show, and, while there, picked up our limited edition “black & blue” copy we ordered after the Melvins back in May! You can get your own copy (non-limited edition) at Third Man’s online store, or at your favorite Nashville record store (I saw several copies at The Groove recently). You can hear “It’s Shoved” from The Melvins‘ performance at the Blue Room below. Expect an update when we pick up our Mudhoney “black & blue!”