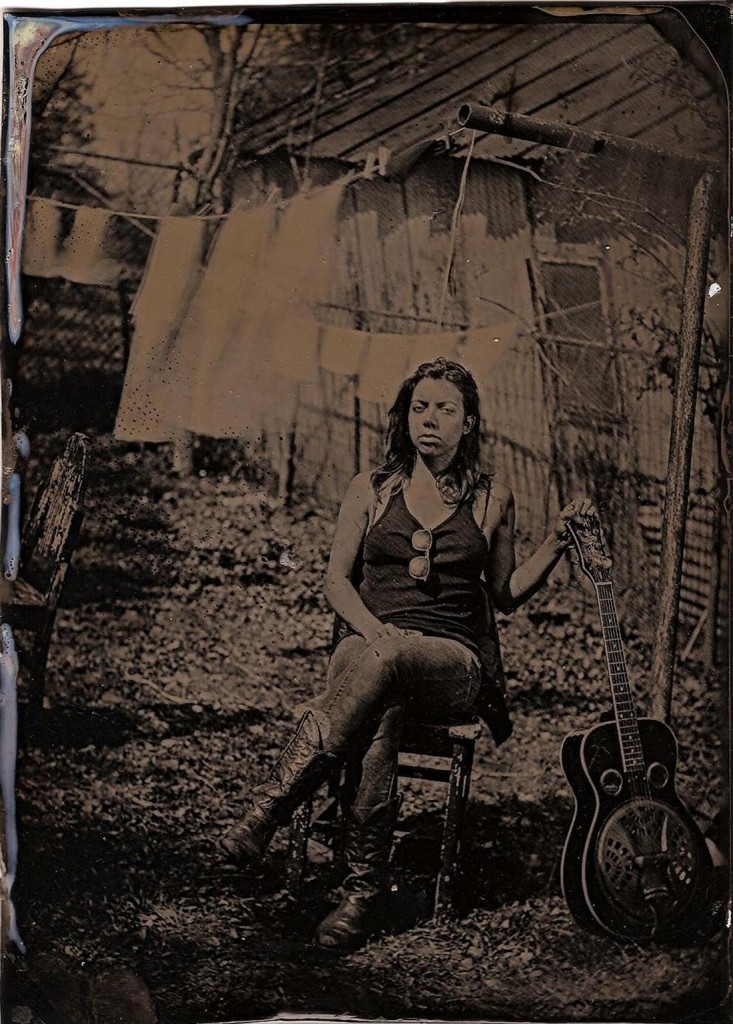 New Orleans act, Hurray For The Riff Raff, stopped back in town over the weekend to play a special acoustic set at The End and we were there to appreciate their uniquely haunting renditions of songs from across their catalog (plus some excellent covers) in a very intimate arrangement. We’ve been fans of theirs since we hosted a special listening room party featuring the band last fall and after their appearance on Saturday, we’re stoked to see they’ll be back in July, again at The End, with the full band.

One of the surprise delights of Saturday night’s show was newcomer / opener, Becca Mancari. After a sweet and surprisingly strong solo set by Samantha Harlow (who channels Brandi Carlile in vocal style quite a bit), Becca took the stage with a soulful a cappella spiritual before moving into her own compositions. As it turns out, Becca met members of HFTRR while working her day gig at Mas Tacos. Conversation of a musical natural naturally occurred as Becca is a longtime fan and she mentioned that she also happens to be a singer-songwriter herself, in a decidely similar style. Sounds were exchanged, a mutual admiration ensued, and we are all the luckier for this magical happenstance as Becca is certainly an artist to watch. She lamented on stage that she doesn’t currently have a record to offer at the merch table but she does have an upcoming show at Mad Donna’s that we’ll be sure to feature on site when those details emerge. For now, fall in a little preemptive love by checking out her video below.

Taking the stage around 11:30, Hurray For The Riff Raff’s Alynda lee Segarra began seated and solo, and immediately had the room in her thrall. There’s something in Alynda’s voice that feels rooted in an ancient pain that puts many of the new artists doing an “old timey” revival to shame. She sings as she strums with a casual, easy authenticity that conjures the spirit of the band’s home base, NOLA. Her songs are often heady, as though written under the blanket of heavy humidity, sticky with sweat and full of ghosts.

Alynda and her company treated those gathered to some of her earliest work: “Junebug Waltz” and “Daniella” (a personal favorite of mine) plus newer songs like “Look Out Mama” and covers of the Carter Family as well as “Everybody’s Talkin'” (written by Fred Neil, made famous in Midnight Cowboy – and later, Forrest Gump). The final piece of the night was a playful rendition of “Fiddle Sticks” featuring Alynda and her fiddle player, Yosi Perlstein, that brought them away from the mics and down into the audience. Check out a video of that piece in a less intimate (read: not as awesome as being there) setting right here.

Be sorry you missed this special show but fear not! HFTRR has been in town working on their next record, My Dearest Darkest Neighbor (available July 1) and they have an upcoming show July 11 at The End (details forthcoming, we’ll keep you posted). For now, check out this new track and get more info on the band at their official site.

Get To Know Damned Rivers & Catch Them at The 5 Spot Tonight!