We had quite a bit of coverage from this year’s Bonnaroo including Philip’s halftime report and Saturday recap.  Philip will have his Sunday recap coming up later on today.  Jessika brought a nOOb to the festival this year, who gave us some fresh insight, and you will be able to check out Jessika’s personal recap later on today too!

As for me… the hangover is fading, but I’m still exhausted. At some point, I have to get all these thoughts out though before they fade into the collective memories of Bonnaroos past. Things got started a day early for me this year. Always leery to take on the extra day of wear and tear, the lineup forced me to the farm as the opening bell rang this year. I ran down all of my favorites over the course of four days, and, per usual, there were some favorites, some finds, some surprises, and tons of fun! 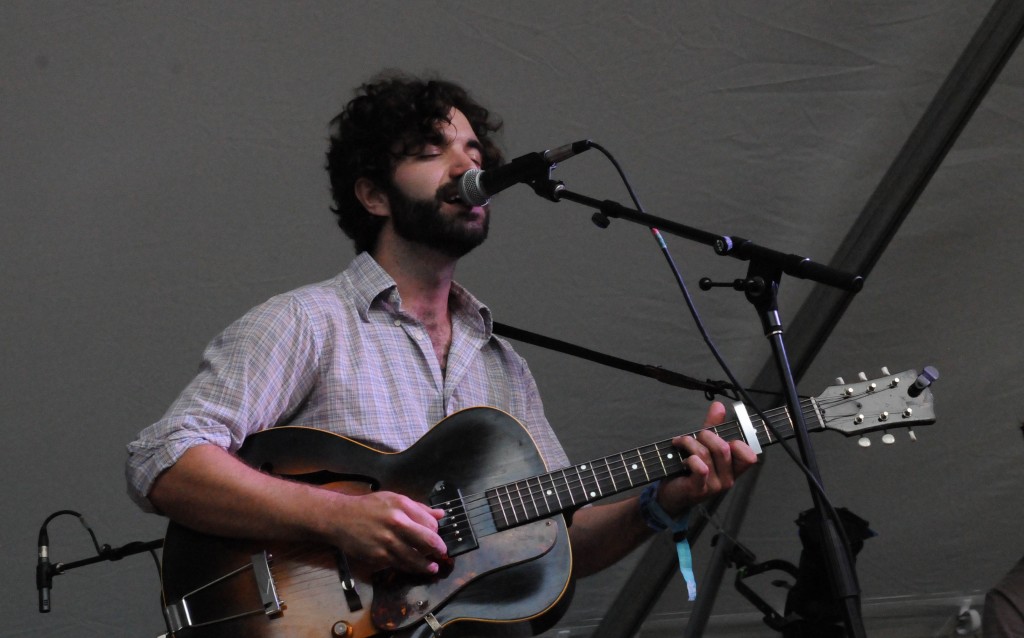 After settling in around lunch time on Thursday, it was time to check out the Asheville, NC post rock outfit Asian Teacher Factory. I gave them a shout out during my preview post, and I was pleasantly surprised. I expected this quartet to pull out more of a jam band sound than the Bandcamp links that I found, but their set was packed with solid post rock which perfectly complimented the tempermental Thursday afternoon weather. Next up was DIIV at This Tent only to find out that they cancelled. Not surprising after seeing the giant Mickey Mouse t-shirted Beach Fossil guitar prodigy Zachary Cole Smith at the DIIV set at Exit/In last September. However, this left me in the prime position to check out some awesome twangy gospel from New Orleans singer songwriter Andrew Duhon. Satisfied for the moment, it was time to wander off for a couple of beers before Ariel Pink took on the This Tent. The Los Angeles based definition of a hipster, Pink, ran through a series of tracks sounding like they were pouring out your grandmothers Buick. It was time for a meal before the evening truly took off. The next stop was a swing through for the femme rocking Deap Vally, but it was time to get set for Django Django. The British elecro rock group was one of the reasons that I journeyed to the farm early this year, and they did not disappoint. The incredible energy of their live show had the overflowing crowd going bananas. When they finally get a Nashville date, you should make this a very high priority. It was time to race across to get a spot for Japandroids. After talking to a number of people after the show, position mattered for this one. Perched sidestage in an incredible spot, this show was everything that I wanted it to be, however, others far out from the stage were less impressed. Regardless, if you get another chance to see this hard driving rock band in another small Nashville club, it should not be missed. While momentarily confused (I blame $7 Miller Lite), I wandered across the farm to check out Alt-J, but was serenaded by the soulful pop music of Father John Misty. It was good, but, after the confusion cleared, it was time to head back to my previous locale to see if Alt-J could redeem themselves after my Cannery Ballroom let down… let’s just say I’m a Django Django fan. Apparently a lot of other folks were more excited about math rockers Maps and Atlases at the smallest tent of Thursday night, because you couldn’t find an angle to see. Thursday night came to an end with anticipation of one of the best Bonnaroo’s yet. 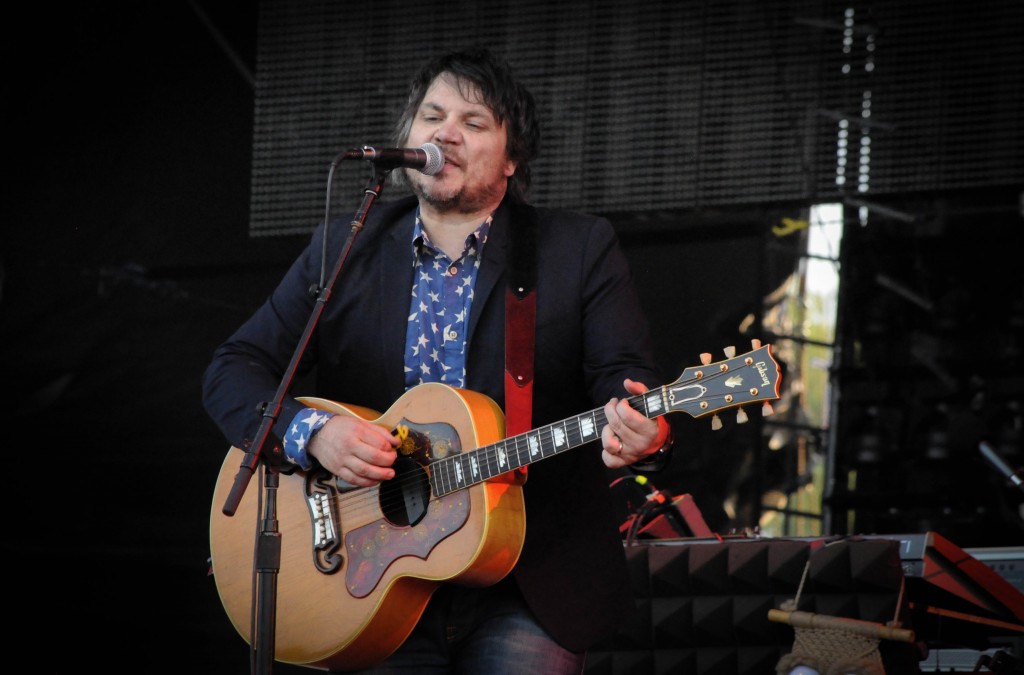 Friday got started early with a check in at the media tent for the official announcement that Jack Johnson would be replacing Mumford and Sons as the Saturday night headliner. This included a couple of stripped down (if there is such a thing) songs for the press in attendance. We pepped things up a bit afterwards with an inspired set by Alanna Royale that definitely brought some new fans to the Nashville soul standouts. A few passing moments were spent with southern favorite Jason Isbell & the 400 Unit en route to check out British pop phenom Charli XCX. You should mark your calendars for September 24th when this incredible songwriter rolls into Nashville’s Mercy Lounge. Heading back to check out the smooth twangy rock sounds of local Rayland Baxter was a pleasant change. After a quick recharge, it was stroll throughs for Grizzly Bear and Foals en route to the obligatory Wilco set. After seeing Wilco a number of times now, it amazes me how they continue to keep things interesting and the fans engaged. However, I had no idea what was about to happen when Sir Paul McCartney finally took the stage. The 70+ year old Beatle tore through 37 songs over three hours with close to 100,000 singing along to absolutely mesmerize any music snob out there. Philip has a stand alone review of this one, so I’ll leave the full review to him. After McCartney, there was little that was going to impress, so the rest of the evening was taking my overpriced beer for a walk around the farm, while checking out The XX, ZZ Top, & the hip hop Superjam featuring numerous members of Wu Tang Clan, Solange, and Lettuce. Sleep beat out the desire to see Animal Collective or Pretty Lights again, and two more days of music lay ahead.

Saturday began late for me with an absolute shredder of a set from hip hop phenom Death Grips. I had heard enough about him in the post SXSW aftermath, and I was blown away by the sheer energy that this solo MC con DJ act brought to the stage. Next up was a total find, when I strolled past the Sonic Stage to check out a set from Kaleidoscope Space Tribe pulling off an incredibly tight set of Talking Heads covers. Of course, they didn’t remain unknown for long when they told this uninformed audience member that they also operate under the moniker “Walk The Moon“… bet you know them now.  Break time lasted a bit longer than expected, and kept me out of the fray until Bjork. Again, this was a pick of the festival, just based on the lack of appearances in Nashville. However, I couldn’t believe the energy of the international pop star. It was sweet and powerful and beautiful and experimental all at the same time… “tank you”.  Next up was Nashville’s SIMO, who absolutely shredded that little stage in the middle of Centeroo. The in-demand local session man, J.D. Simo, could have taught a number of the higher billed artists in Manchester a few licks last weekend, and the ever growing crowd immediately recognized the virtuosity by (unsuccessfully) chiding festival organizers to give SIMO “one more song”. The Lumineers were likely the biggest winners of the Mumford and Sons cancellation when all of the folk-pop starved fans absolutely packed the Which Stage to the biggest capacity this long time Bonnaroovian has ever seen. Next it was time to embrace out some of my New Orleans heritage with the Preservation Hall Jazz Band, and, man, was I ever excited when Jim James came out to sing “St. James Infirmary”.  Surely, there will be some video surfacing in the coming weeks, but you can get an idea of what it sounded like here. We checked in briefly for an beautifully moving and hypnotic set from local guitar virtuoso William Tyler and a bunch of local studs backing him up. Really, nothing all weekend (save McCartney) had anything on the amazing Rock N’ Soul Superjam featuring Jim James, John Oates, the aforementioned Preservation Hall Jazz Band, Sly & The Family Stone bassist Larry Graham, Alabama Shakes frontwoman Brittany Howard… and even included stop in’s by the already warmed up Billy Idol and R. Kelly who performed only moments before in their solo acts. Needless to say this clearly made up for anyone that was disappointed by the Mumford & Sons cancellation. After one last beer to keep our collective spirits flowing, we wandered back out to check out the instrumental mastery of Led Zepplin with Brooklyn band Bustle In Your Hedgerow, where we had another surprise guest appearance with Brittany Howard filling in the Plant lyrics.

I’m not going to lie. I was hungover on Sunday morning. Three days of Bonnaroo were taking their toll, and there was only one cure for that pain… a bloody mary and endless crowd surfing during an absolute burner of a session by Jeff The Brotherhood. Having seen the bros quite a few times now, it was awesome to see them own one of the biggest tents at the festival in the middle of the afternoon. With giant red inflatable “used car lot floppy men” as a fitting decoration, the two piece turned to a four piece just in time to watch Jake hand off his three string to the front row of the crowd, and boggle the minds of the overworked security by taking his own turn crowd surfing. Another long break lead me back out into the masses to catch a bit of the Australian psych rock outfit Tame Impala, but it wasn’t enough to keep me upright. I gave Divine Fits and Edward Sharpe and the Magnetic Zeros a try, but that wasn’t fitting the bill either. The Bluegrass Superjam put a bit of pep in my step though with a stomper of a good time turning That Tent into a good ole fashioned hoe down. The rain finally started again during Tom Petty. He looked old, I felt old, the songs sounded old… Paul McCartney owned it, Tom Petty allowed me to get some much needed rest.

It’s about 360 days until Bonnaroo 2014.  I’ll be rested and ready to run the gamut again.  Thanks for being part of my life, Bonnaroo!

Growlers video from The End

Reply to No CountryCancel reply