It’s no secret that we are big fans of James Wallace & The Naked Light.  We first heard about JWATNL as an opener at The Basement back in the late spring of 2012.  After actually seeing the energetic flair in their garbage man jumpsuits (opening for Wye Oak at Mercy Lounge last summer), it was instant admiration.  Since then, the garbage man shirts have been stashed but the music kept maturing during each of the later sets at Marathon Music Works, The High Watt, Ghot Wingz, East Nashville Underground, and most recently before a packed house at FooBAR. 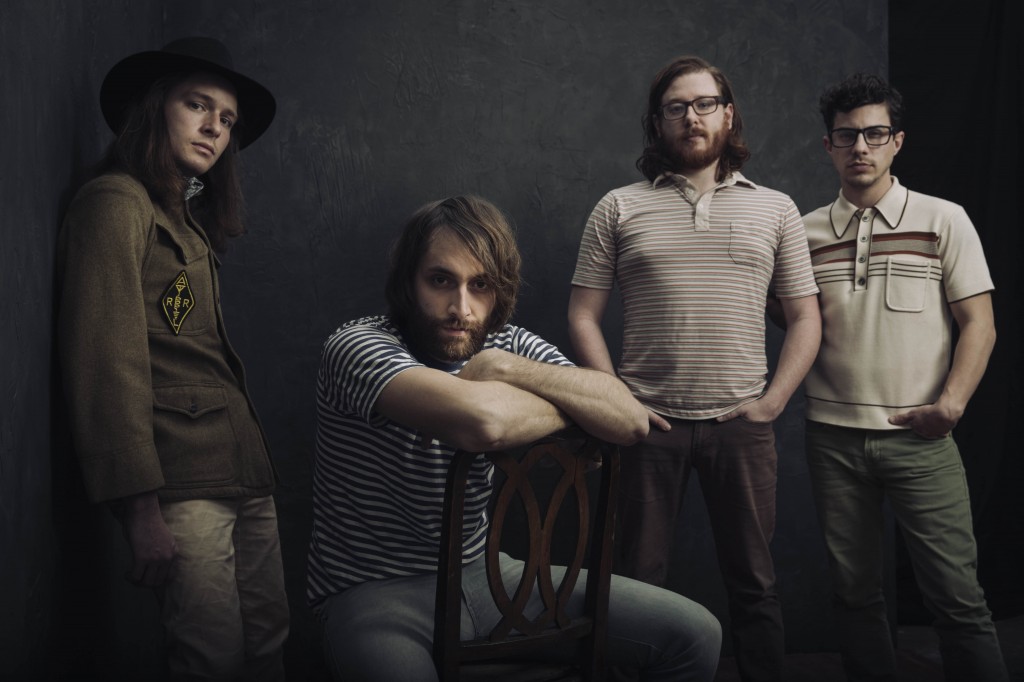 So, needless to say, we were very thrilled to sit down with front man James Wallace to discuss his upcoming record, his songwriting process, Thunderbitch, and much more.  You can check out the rest of that interview, and preview a couple of tracks from the new record after the jump.  Enjoy getting to know James Wallace And The Naked Light.

No Country:We are big fans of your sound and your live shows.  It’s such a happy sound that puts me back into the vibe of some of my favorite pop records, like Graceland.  I’m sure you hear that a lot, but it was my first impression, and I’m sticking to it.

James Wallace: I can understand that comparison, but I don’t think the music is instinctively happy.  I typically write the songs when I am in more of a malaise.  It’s when I feel the inspiration to write.  The music is melodically happy, but, to me the music isn’t about happiness.  That being said, I am a big fan of Paul Simon.

NC: Who are some of your musical influences?

JW: I probably started to appreciate music during the Weezer, Pearl Jam, Nirvana days.  Then my friends all started to trend towards punk, and I just didn’t appreciate it the same way they did.  I started to dig back through my parent’s stacks, and became entrenched in Pink Floyd, who I am still in awe of.  Of course, I continued to grow through music, I spent a lot of time with The Kinks and Paul Simon.  However, it was an old gospel tape that I found in an abandoned house that really inspired me. There was so much feeling in those songs, and I have worked to try to get that feeling in my music. That’s the feeling that I want to shape the sound of JWATNL.

NC: Does the songwriting onus fall solely on you?

JW: I’m constantly writing, and then I work out and record a lot of stuff in my hometown of Richmond, VA.  I have a group of solid guys that have been playing with me here in Nashville for a while, and they are incredible.

JW: I was a production assistant for legendary photographer, filmmaker Danny Clinch at Bonnaroo, and one day in the van heading back to the hotel someone put on our 2009 release “I Smile All Day, I Smile All Night“.  Clinch apparently dug it, and invited us to play the tent that he was curating.  It was a pretty surreal experience for us.

NC: And now you are becoming synonymous with Thunderbitch after playing both of their shows. How did you get in with those guys?

JW: I’ve spent plenty of time through my post-college-Nashville-formative-years drinking beers and bro-ing down with musicians who later became Blacktooth Records. Fly Golden Eagle, the premiere band on that label led by Ben Trimble, a man who’s hip-shooting tenacity I’ve admired for a long time, included us on the first Thunderbitch bill at Ghot Wings following a FGE/JWATNL run through the south. Afterwards, for whatever reason, Brittany Howard thought us adequate for a second appearance. Who was I to refuse!

NC: Those shows were incredible, and that last set you played at FooBAR was maybe the best I’ve seen from you guys. It was great to hear a lot of the new songs. So, how did the new record, More Strange News From Another Star, come about?

JW: I was touring in China with Abigail Washburn, and we were picked up by Tag Team Records in Beijing that wanted to do a cassette release for More Strange News.  So, when I got back to the states, I went back to Richmond to work with Spacebomb Studios, where the record was recorded.  It turns out that by the time we finished with the record, Tag Team had gone belly up.  So, now we were stuck with a new record and no one to release it, until Richmond, VA’s Dialogue Records took it in.

NC: What is special about this new record that you want us to know?

NC: Thanks James and best of luck with the incredible new record.

The record, More Strange News From Another Star, releases digitally today.  You can order a copy of the vinyl here.  If you are interested in checking out James Wallace And The Naked Light live (which you should be), head over to Grimey’s on Friday (5/3) for a free in-store at 6pm.  They are also playing an official release show at The Stone Fox on Friday May 17th.  If you just can’t wait that long, you can have a listen to the full record over at Paste Magazine.

Below are two of the illustrations from the story book that accompanies the vinyl.  Below each image is the translation of the Chinese caption.  The accompanying song for each illustration immediately follows. 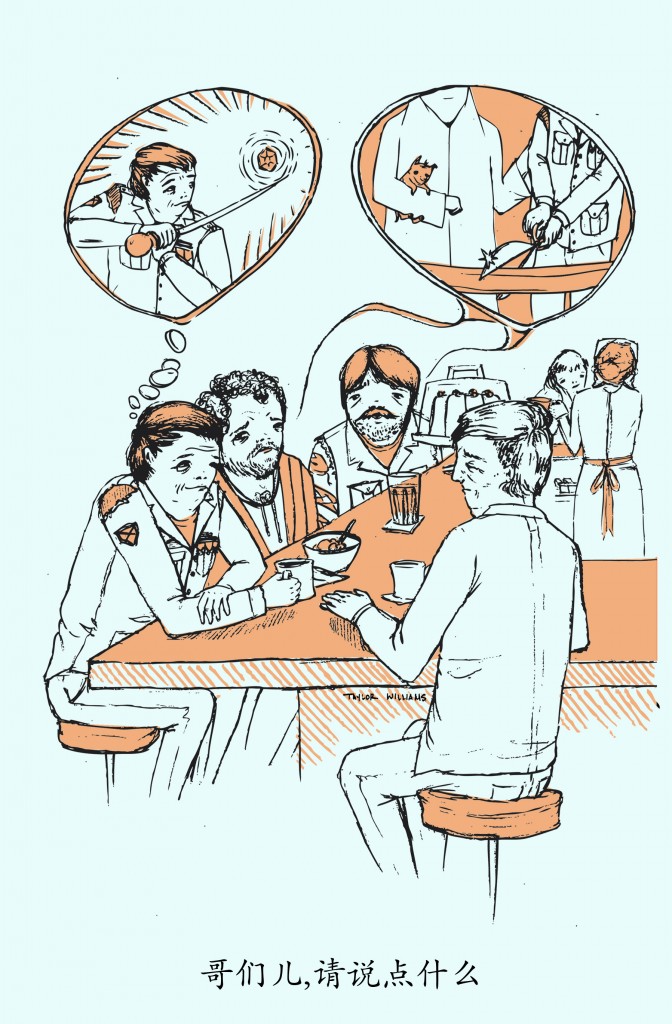 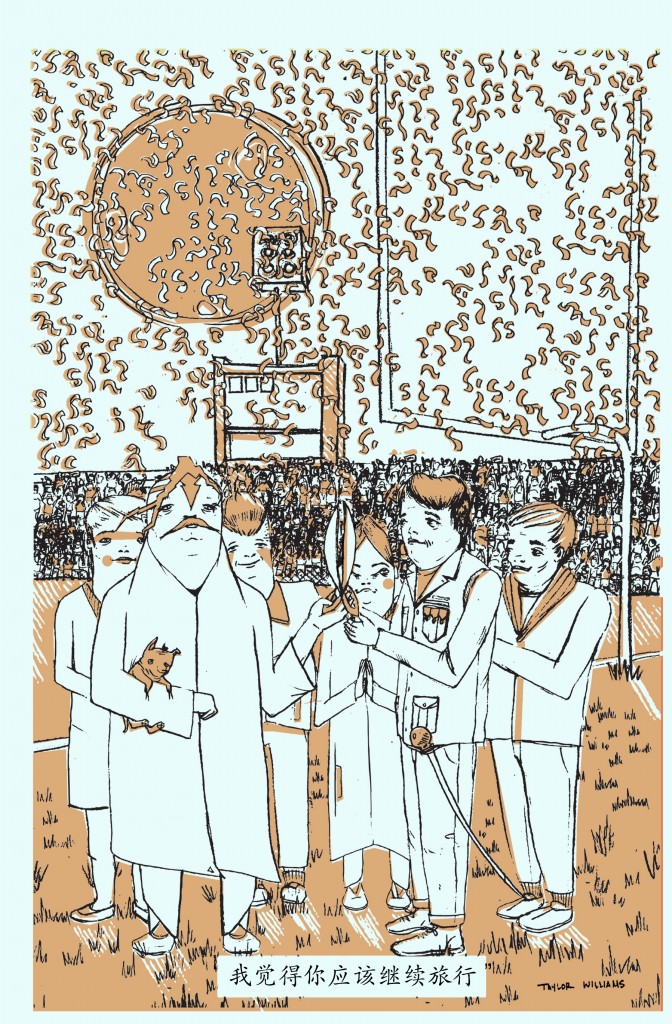