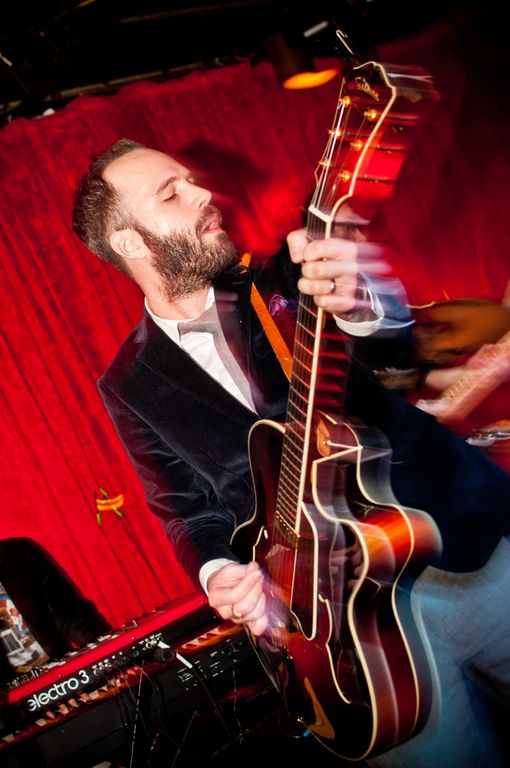 We have all been to Mo-town Mondays at The 5 Spot, but this was my first $2 Tuesday for the LP release of Jacob Jones new record Good Timin’ in Waynetown.  The album was released though his own Electric Western Records label, which is best known for its Americana and Rock n’ Roll releases. So, it is only appropriate that his own album exuberates that exact tone.

After working on the album for two years, it was easy to see Jacob as the proud papa releasing his new baby into the world.  The supporting line up of Los Colognes, Wild Feathers, Molly Sue Gonzales, and Kentucky Knife Fight brought a crowd that was ready to experience good vibes and great music. Maybe the crowd was there for an opener or to support Jacob, but when he hit the stage everyone in the joint was grooving to the music.

Jacob and his band were looking dapper. Rocking a clean cut crushed velvet single button blazer, casual tie, and eye-catching pocket square, Jacob matched his music. With The Nashville Horns bringing an old school ambience with newsy hats, and Samantha Frances bringing the back up vocals with a refined naturally chic appearance for the audience to adore. 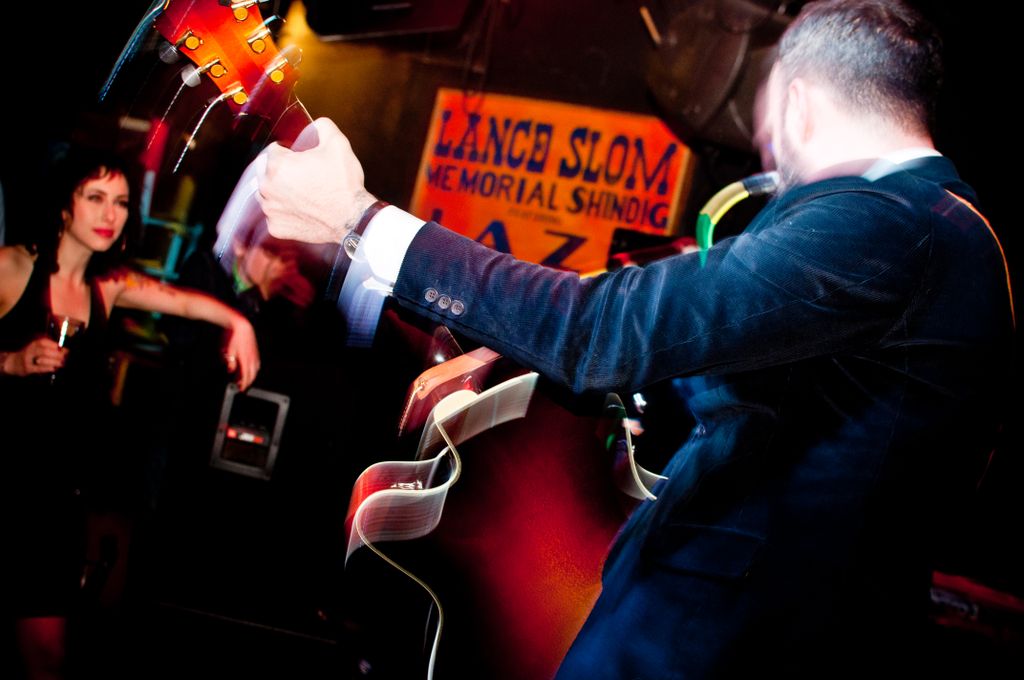 The 5 Spot is not known for their massive stage, but somehow Jacob Jones managed to get his full band with ten members comfortably and aesthetically positioned.  They had two guitars, two saxophones, one trombone, one trumpet, drums, bass, tambourine and, to top it off, keys to add that soul; and by the second song of set, “Play It Loud, Ray”, Jacob and co. had the crowd comfortable with what was happening.  It’s just what the lyrics say, “margarita’s on the porch outside, chicken frying on the countertop, music playing on the stereo everyone is singing.”  And the 50’s feel good swing got the collective groove on.

Jacob continued to play with the crowd, just like one of his alter-ego 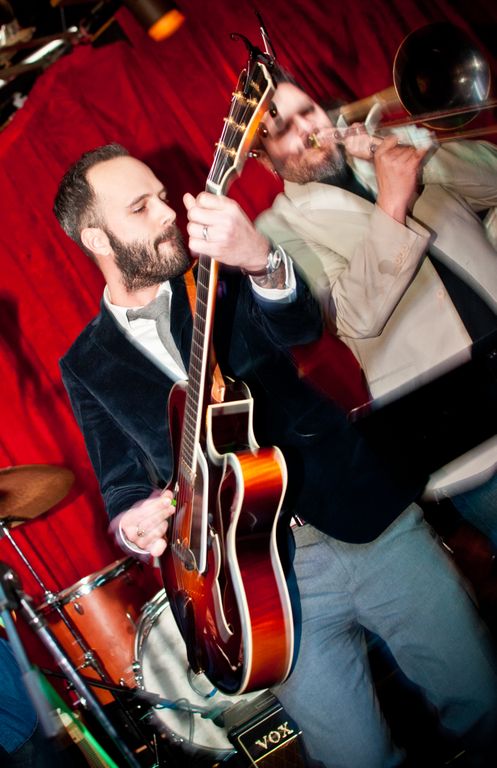 DJ sets, by taking dips into the blues, surfy Beach Boys riffs, and a bit of twang sprinkled in here and there.  The set wound down with a bit of fast tempo rockabilly-esque delight with the track “Good Timin’ In Waynetown”.

It was this girls first opportunity to see Jacob, and I truly felt the love that Jacob Jones has for his fan base and his music. You can have a listen to “Play It Loud, Ray” & “Good Timin’ In Waynetown” below, and, the next time you are looking for a show to groove to, I highly recommend Jacob Jones.