Charlie Starr is best known as the guitarist and vocalist for Blackberry Smoke, and, though he has probably had less radio play than the aforementioned Robinson, he’s still a force to be reckoned with after a decade of touring.

The show tonight is going to be a mix of some of Rich’s songs, some of Charlie’s songs, and some covers.  It is sure to be a hell of a time with two awesome musicians over at The Basement.  Things get started around 9pm, and tickets will run you $15 at the door.

You can have a listen to both of these southern rockers below, including a live performance and interview from Rich during a stop in Portland, OR last year. 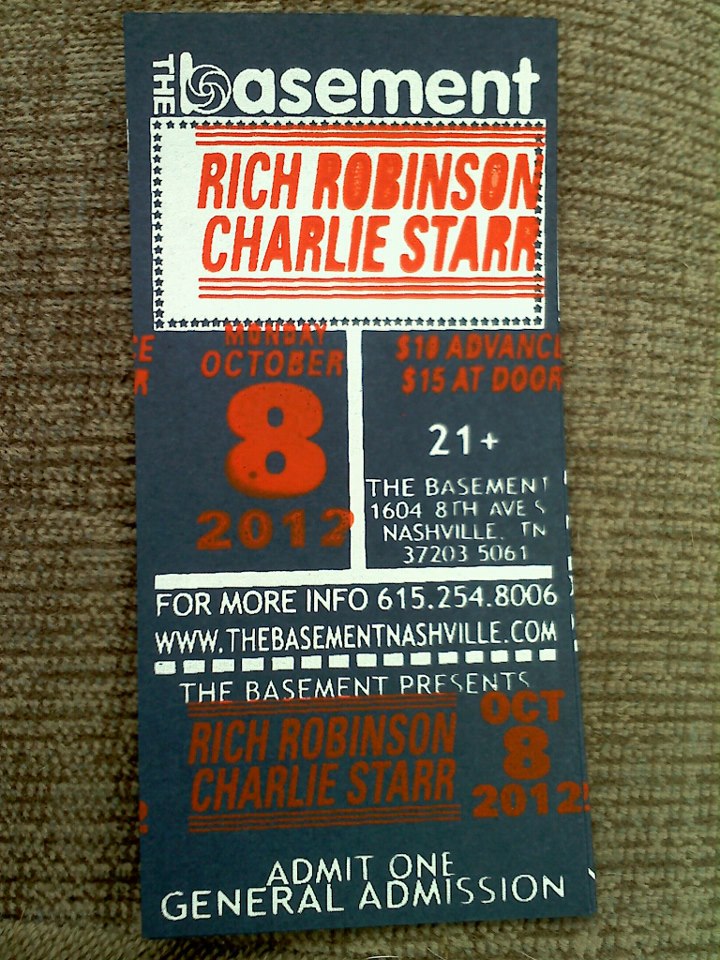