Remember us telling you about Luke Roberts a few months ago?  Well, the Nashvillian, New Yorker, adventurer, and Nashvillian again Luke Roberts is at it again.  He has a new record titled The Iron Gates At Throop and Newport that will release on March 20th via Thrill Jockey.  You can pre-order that record here.  In the meantime, have a listen to the track “His Song” from the new record below (click here if you don’t have a flash enabled device), and keep a look out for a show in Nashville in April before his European tour.  I’ll obviously let you know when and where. 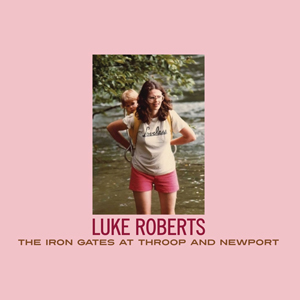 Against Me! Debut “Haunting, Haunted, Haunts” Video | See Them Tonight in Memphis